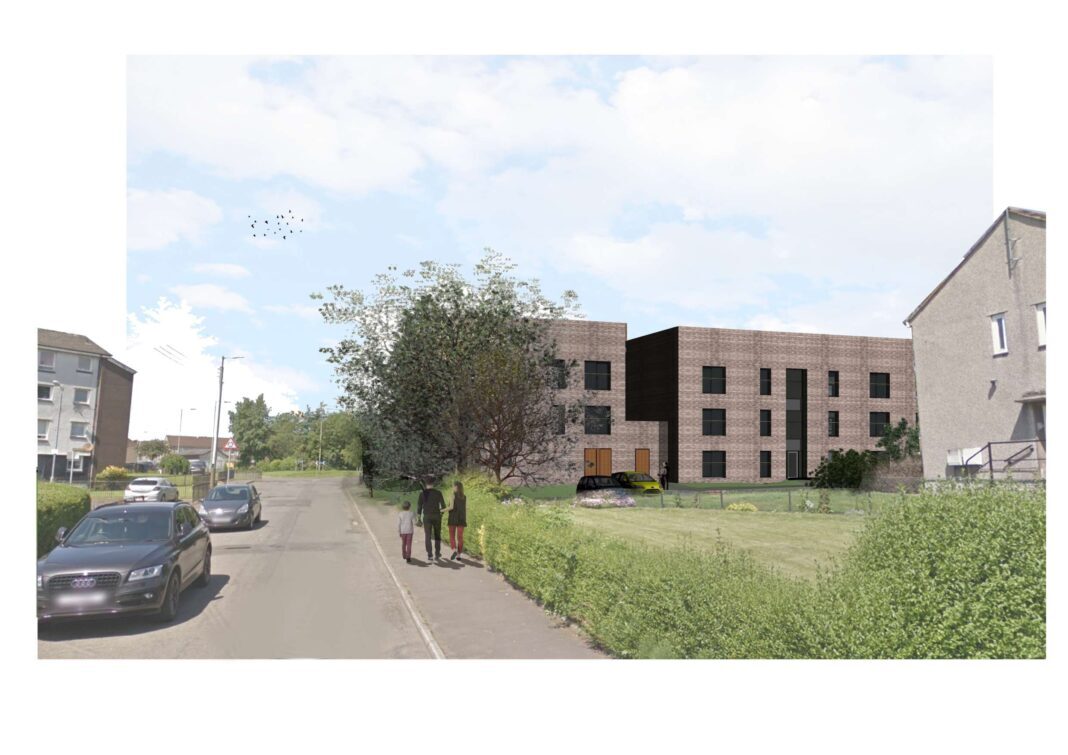 CRUDEN Building has been appointed by Clydebank Housing Association to deliver a new affordable housing development on the site of the former St. Cuthbert’s Church in Clydebank.

Enabling work to prepare the site has been completed with construction due to start shortly on the £3.9 million development.

Sharon Keenan, chief executive of Clydebank Housing Association, said, “We are certain that, when completed, these 24 new affordable rented properties will be much sought after. They will offer current and future tenants’ high quality, energy efficient homes with community Wi-Fi.

“We appreciate the continued support of the Scottish Government and West Dunbartonshire Council and are delighted to be working with the contractor, Cruden Building, and our other consultants including Gregor Cameron Contracts, Coltart Earley Architects, Martin Aitken Associates and Cowal Design Consultants to deliver these much needed homes in the heart of our community.”

Gordon Lee, partnering and procurement director of Cruden Building, added, “We are delighted to begin the construction of the Dalton Avenue project on behalf of Clydebank Housing Association. Cruden has been working closely with the association and their consultants for several months now to design a modern, energy efficient development which meets the demands of modern living. In the current climate costs are also vitally important and the final design has ensured that Scottish Government grant funding targets are met.

“Community Benefits will play an important part in the development, with Cruden committing to a number of employment and training initiatives including apprenticeships, employment opportunities and work placements for people within the Clydebank area. We will also liaise with the association and local groups to provide further benefits through community projects.”