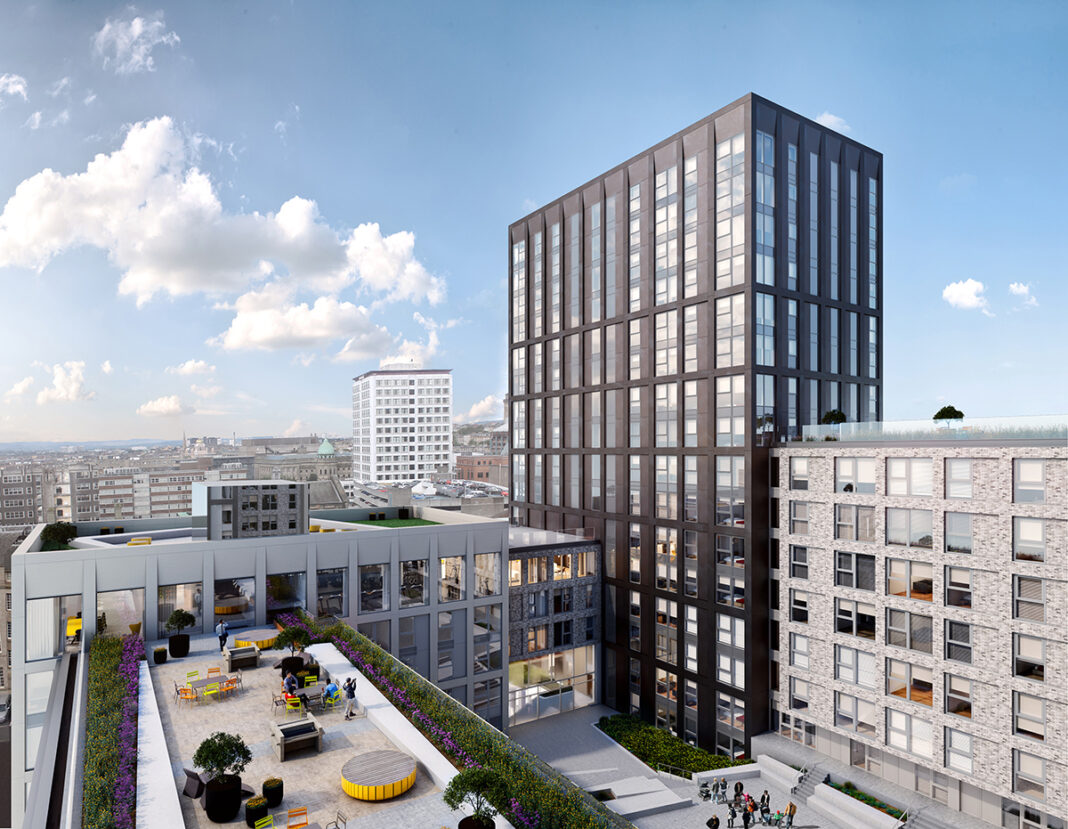 CONSTRUCTION of Moda’s Holland Park neighbourhood in Glasgow is gathering pace. The £78 million development will replace the Strathclyde Police HQ in Pitt Street, close to the Glasgow office of Ryder Ryder Architecture, who were appointed to work on the project following planning approval.

The building had been deserted since 2013 following the amalgamation of Strathclyde Police into Police Scotland, before being demolished in 2019.

The development will comprise 433 studios and one, two and three-bedroom Build to Rent (BtR) apartments delivered on behalf of Moda Living. The project is arranged around a publicly accessible landscaped courtyard.

As a result of the firm’s work at Moda, Angel Gardens in Manchester, Ryder was asked to lead the new development following the successful planning approval. This was delivered by Haus Collective architects in Glasgow in early 2018.  Since then, Ryder has managed the project and will continue to do so through construction to completion, with Haus Collective working client side. Ryder is also principal designer.

Matt Haggerty, architectural director at Ryder and the project’s director, said, “The Holland Park development at the former Strathclyde Police HQ represents another significant milestone with our client Moda Living in supplying high quality private rental apartments.  With a focus on delivering the luxurious internal and external environments synonymous with the Moda brand, this neighbourhood will play a significant role in revitalising Glasgow’s city centre.”

The development is set for completion in October 2023.