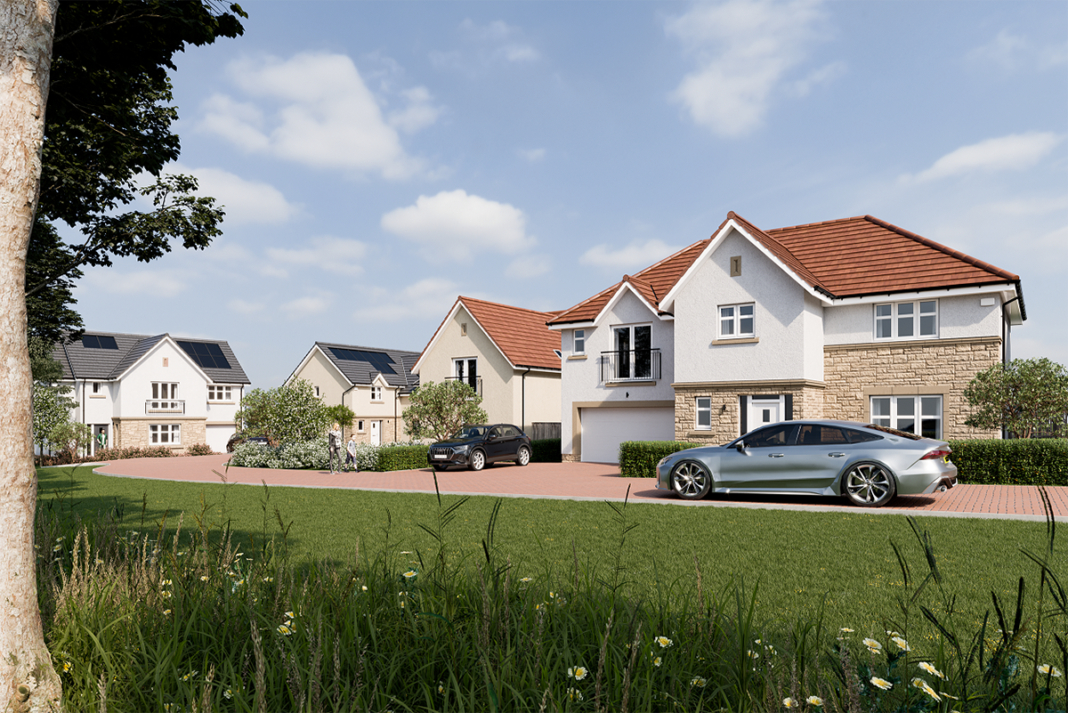 CALA Homes (West) has started work on a new development in Jackton on the outskirts of East Kilbride called Sequoia Meadows.

After breaking ground at the site in the village at the turn of the year, the housebuilder revealed it is now laying the foundations of the first homes within the new community, which are set to launch later this year.

Sequoia Meadows will comprise a range of one and two-bedroom apartments, three-bed terraced and four and five-bedroom detached homes. The wider development will feature a purpose-built primary school and retail units.

Robert Lafferty, development project manager for CALA Homes (West) at Sequoia Meadows, said, “It’s great to finally be on site and making headway on what is sure to be a fantastic new community in Jackton. Like many others, our start of works was delayed as a result of the ongoing pandemic, but we’re now fully operational and the team is working quickly and safely to ensure we continue the progress we’re already making in order to launch our collection of homes to buyers later this year.

“The homes we’re laying the foundations of at the moment will in time form our showhomes, and the team is eager to begin bringing the development to life.”