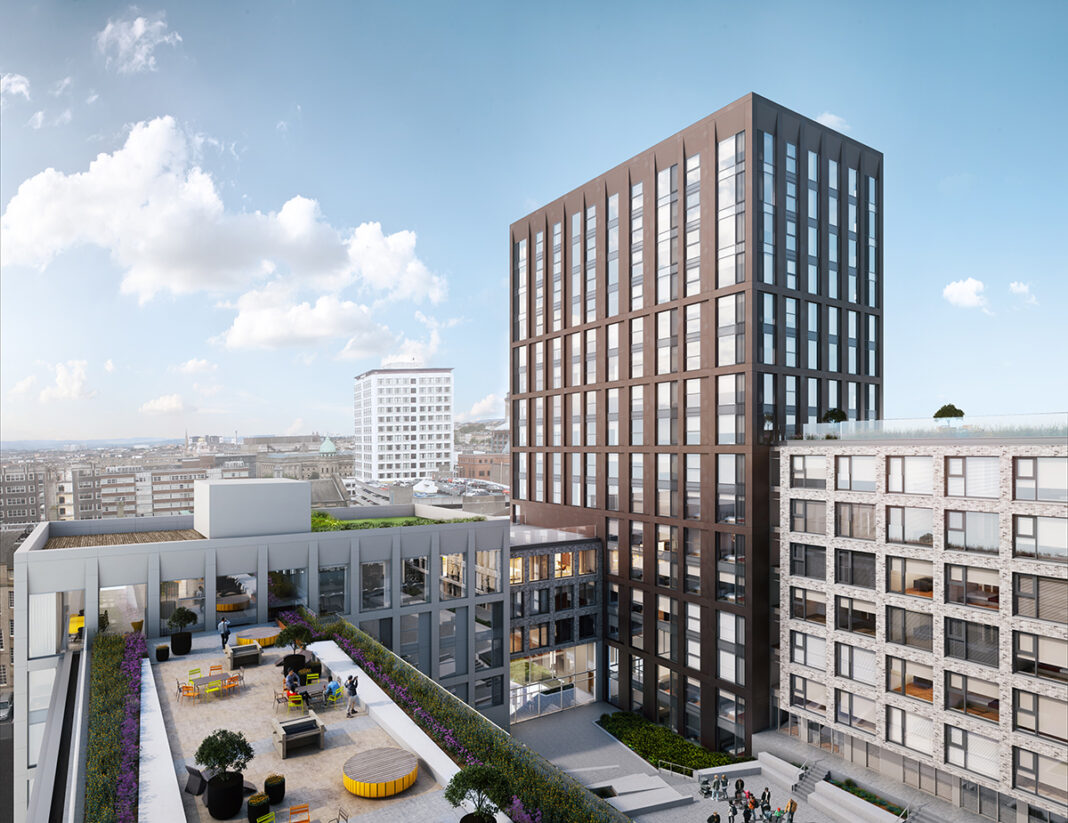 Located on the site of the former Strathclyde Police HQ building in Pitt Street, the development will comprise 433 Private Rented Sector (PRS) apartments arranged over four blocks from eight to 19 storeys with mixed-use space at street level.

Liam Hanlon, MD of Robertson Construction Major Projects, said, “We have been working with MODA for the last three years and have built a strong partnership which led to our appointment as the main contractor for its first Scottish neighbourhood at Springside, Edinburgh and are proud to have been selected as the main contractor of choice for its second Scottish neighbourhood.

“This appointment is testament to the on-going relationship and the confidence in our quality of delivery. The offer from Moda Living brings a much-needed alternative residential choice to Glasgow and we look forward to being part of the regeneration of this site, and to our continued partnership.”

Robertson revealed it has implemented its Assured Construction Delivery (ACD) approach on the project, which has delivered ‘certainty on both cost and programme through detailed modelling and planning’. The contractor added that the logistics associated with a constrained city centre development of this scale bring their own complexities which have also been addressed through this approach.

Tony Brooks, MD, Moda Living, added, “I’m looking forward to working on our Holland Park neighbourhood with the same quality team that worked on our Springside neighbourhood in Edinburgh, bringing another 433 high-quality, professionally managed homes for rent as we regenerate Pitt Street, and bring the Moda brand to the people of Glasgow.”

John Dunkerley, CEO and co-founder, Apache Capital Partners, said, “Holland Park marks our second build-to-rent scheme in Scotland with Moda Living and will help rejuvenate the city centre through the provision of high-quality housing. We look forward to seeing construction works progress and would like to thank our partners BentallGreenOak, NFU Mutual and Harrison Street for their continued trust and support.”

Robertson started work in January following a period of demolition, and the beginnings of the tower structures will take shape from April, utilising slipform concrete cores.

Holland Park has been designed by Glaswegian architects HAUS Collective, and Ryder Architects who have drawn inspiration from the grid street pattern of Glasgow city centre.