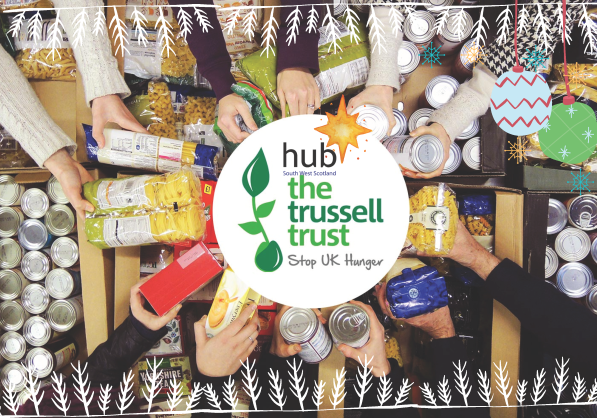 HUB South West has donated funds to The Trussell Trust to help disadvantaged households in its south-west Scotland territory.

The Trussell Trust supports a nationwide network of 1,200 foodbanks. Between April 2019 and March 2020, its foodbanks provided a record 1.9 million food supplies to people in crisis, an 18% increase on the previous year.

CEO of hub South West, Michael McBrearty, said, “The funds have been dispatched to The Trussell Trust which operates foodbanks throughout our territory, and I want to take this opportunity to thank all of the generous individuals and organisations who have contributed to this appeal.”

A spokesperson for the Trussell Trust said, “We would like to thank hub South West and its partners for this amazing support. We have seen a huge increase in the need for food banks over the last few months, and research suggests an additional 670,000 people will be destitute in coming months, meaning they cannot afford essentials like housing, energy and food.

“That is why this kind of fundraising means so much to us. It is thanks to the kindness of people such as those at hub South West that our foodbanks are enabled to provide the emergency services so desperately needed day after day. It is so wonderful to have this generous support.”