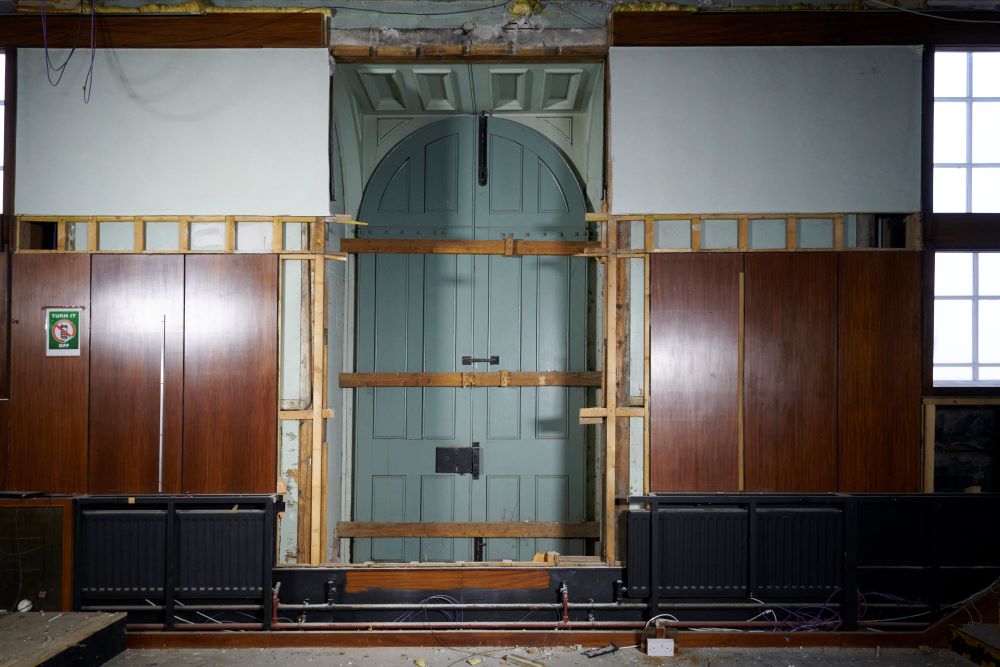 THE original front door of Inverness Castle has been revealed for the first time in half a century.

It comes as part of the transformation of the building into a ‘gateway for Highland tourism’, with the ongoing work revealing the entrance.

Until March 2020, the castle had been occupied by the Scottish Courts and Tribunals Service. During this period, a second court room was installed in the area immediately behind the front door, thus blocking the formal entrance to the building.

As part of the work at the castle, the court rooms are being removed. The work is being carried out by local firm, Compass Building and Construction Services, in advance of the main contract.

The transformation of Inverness Castle is supported by £15 million Scottish Government and £3 million UK Government investment through the Inverness and Highland city region deal.