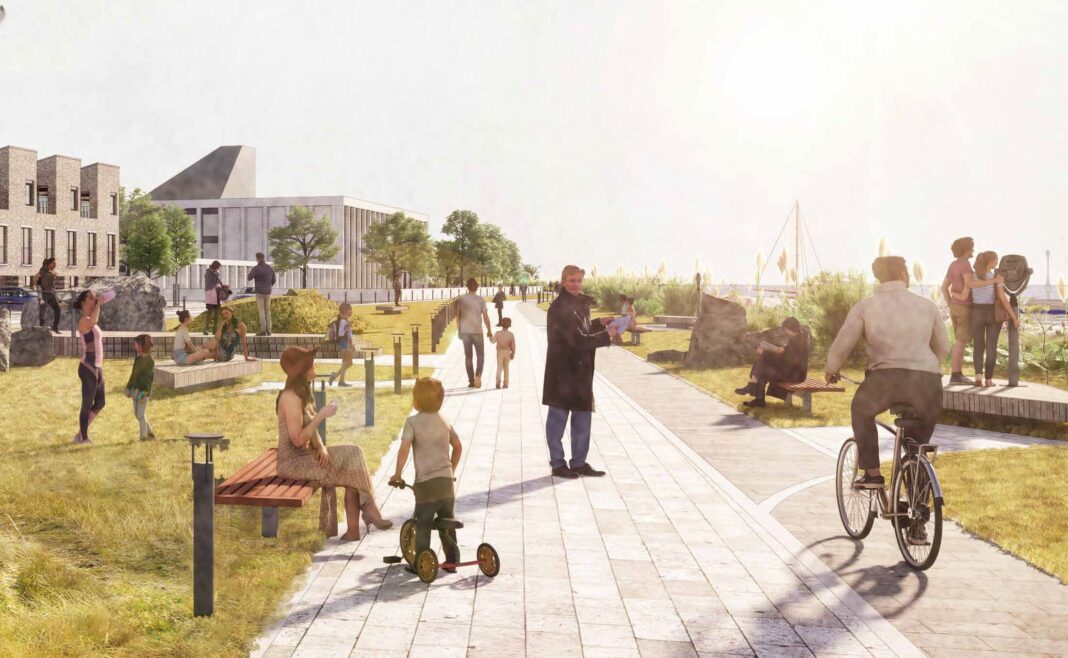 NORTH Ayrshire Council is seeking feedback on proposals which form part of the £150 million regeneration of Ardrossan.

The local authority recently took ownership of the North Shore site in Ardrossan, following an agreement with Peel Ports. A school and community campus is earmarked for the area, alongside sports pitches, housing, roads and commercial uses.

The consultation will seek views on the proposed mix of uses and layout of the area, with the council saying responses will then be taken forward and form part of a report to be submitted to the planning committee recommending a development framework for the site.

The local authority added that it intends to appoint an architect in March to develop detailed designs for the school and community campus, with additional opportunities being offered for those wishing to comment on designs.

The overall £150 million regeneration of Ardrossan will see an expansion of the town’s marina, redevelopment work to the harbour, the creation of new housing and new connections which the council said have the potential to transform the town over a five to ten year period.

Councillor Joe Cullinane, leader of North Ayrshire Council, said, “The regeneration of Ardrossan and realising the untapped potential of the town is an absolute priority for the council.

“The site represents the biggest regeneration proposal in North Ayrshire, and together the Harbour and North Shore sites are set to see capital investment of close to £150m in what are exciting times for Ardrossan and the Three Towns.”