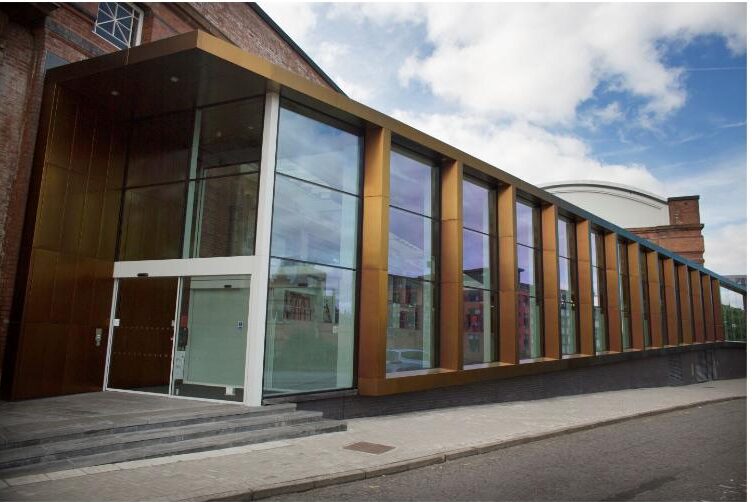 PLANS have been approved to develop a £11.9 million television and film production facility within Glasgow’s historic Kelvin Hall.

The project received support of up to £7.9 million from the Scottish Government, with Glasgow City Council saying the development will provide a ‘huge’ boost to the city’s creative sectors. It is anticipated that the first part of the new screen hub will be open later this year.

Council leader Susan Aitken said, “Glasgow’s creative industries are hugely important not only to the city’s economy; but also its culture and its national and international profile. The city is home to an incredible community of independent producers; with access to an enviable pipeline of young talent. We know they are in demand all over the country and, often, the world – but we also know that, here at home, there is a relative lack of the kind of studio space they need to be able to win higher-value commissions.

“This exciting plan for the Kelvin Hall will not only establish that kind of facility, but do it right in the heart of the city. It shows how serious Glasgow is about fostering and building on a well-deserved reputation as centre of excellence in television production.”

The Scottish Government’s culture secretary, Fiona Hyslop, commented, “Glasgow’s plans to create studios at its iconic Kelvin Hall with up to £7.9 million of funding from the Scottish Government is a unique opportunity and builds on Scotland’s ambition to drive growth across all aspects of the film and TV sector. This new development would support the city’s thriving creative industries sector, help develop our skills base and attract film and TV productions, creating significant social and economic benefits for Scotland as part of our economic recovery.”