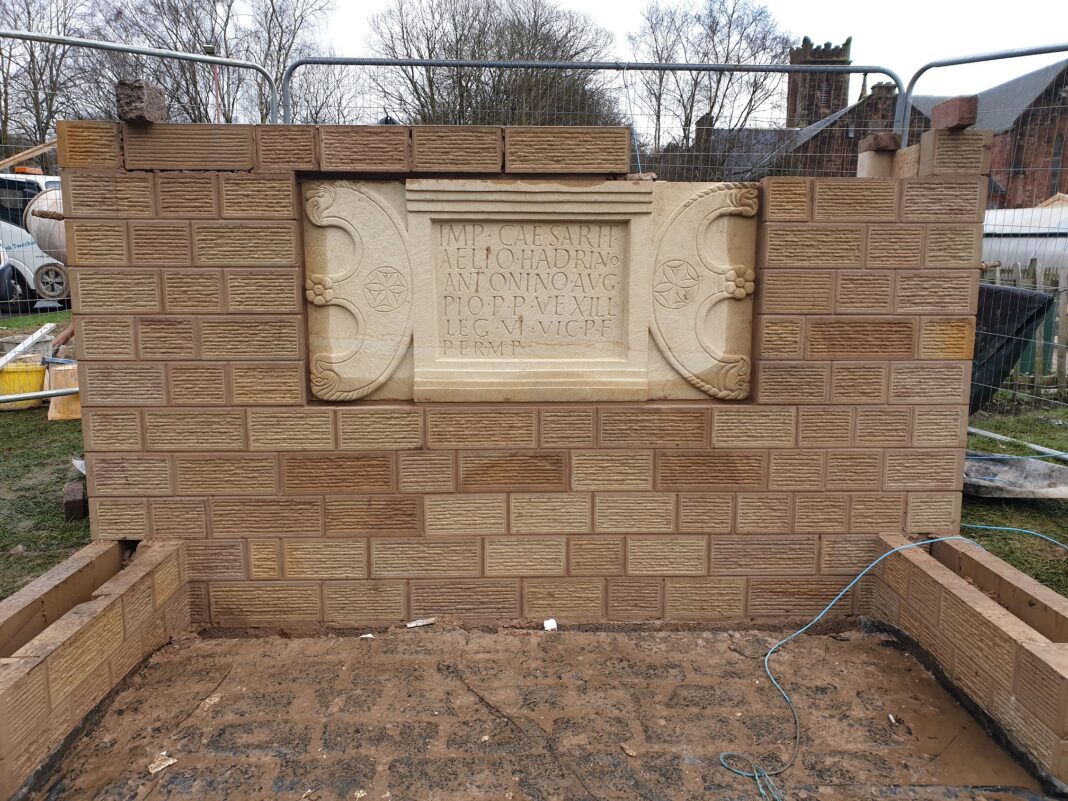 A tribute to a 37-mile wall built by the Romans from around 142 AD between Clyde and the Forth is being created in Twechar.

The Antonine Wall was built by some 7,000 men from three legions. It marked the most north western point of the Roman Empire and passed through West Dunbartonshire, Glasgow, East Dunbartonshire, North Lanarkshire and Falkirk Council areas.

Each legion was responsible for building sections of the structure and distance stones were created to mark their completion. The distance stones are described as having been ‘highly decorative’ and offered a dedication to the Emperor Antoninus Pius.

A replica of the Eastermains stone – found at Inchbelly Bridge in 1740 – is being installed at the grounds of Twechar Healthy Living & Enterprise Centre, near where the wall once stood. It is being created by stonemasons, Jo Crossland and Luke Batchelor, and incoporated into a setting designed by Glasgow firm, Land Use Consultants.

It is the first in a series of five such markers being recreated as part of the project, which aims to create awareness and engagement within communities along the path of the wall. The initiative is led by West Dunbartonshire Council, in partnership with East Dunbartonshire, Glasgow City, North Lanarkshire and Falkirk Councils, as well as Historic Environment Scotland (HES).

Emma McMullen, Antonine Wall project manager, said, “We are delighted to unveil the Twechar distance stone – the first of five being created in landscape sites near to the line of the wall, which will create a distance stone trail once completed. Thanks to everyone involved for their incredible efforts.”

Patricia Weeks, Antonine Wall world heritage site co-ordinator for HES, added, “Many of the original markers found along the line of the wall are on display in the Hunterian Museum in Glasgow, but this project gives people the chance to see how they might have looked in the landscape all those centuries ago. It’s a momentous achievement and will help to bring the past back to life for local communities.”