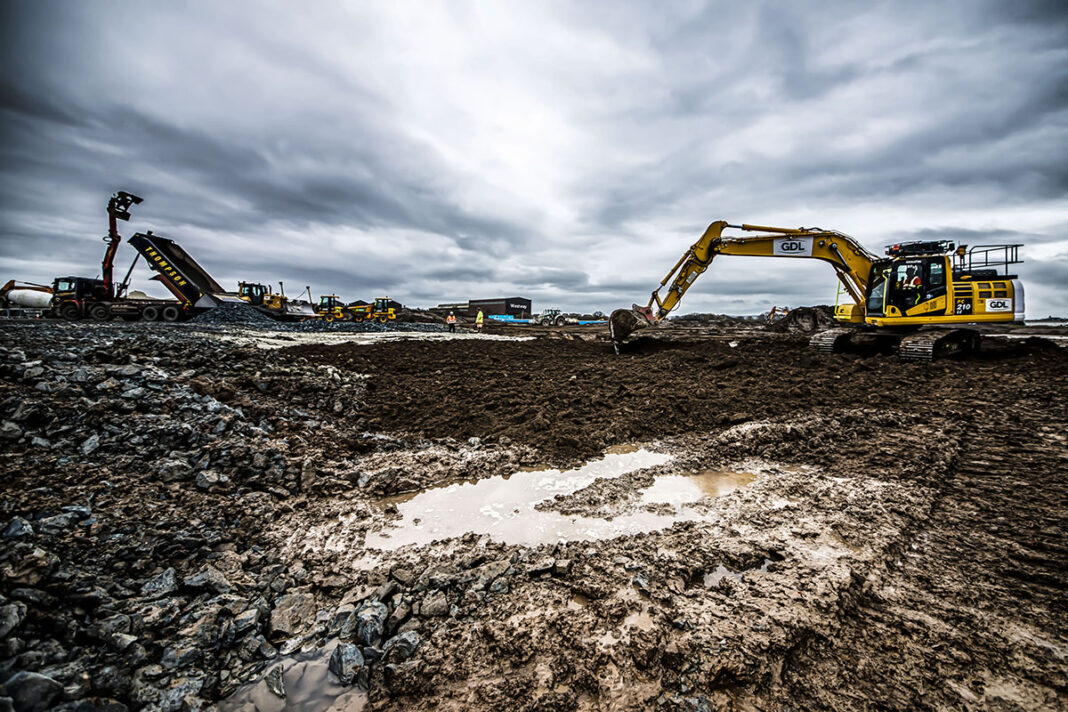 The team from main contractor Morrison Construction has started work on the foundations of the building with two piling rigs installing controlled modulus columns into the ground.

Since late-October, the team has been working on ground stabilisation activities and bulk earthworks on the 3.5-hectare site next to Glasgow Airport.

Morrison is working towards ensuring the building will be awarded BREEAM ‘outstanding’ for sustainability.

Once complete, the facility is expected to be the ‘linchpin’ for the future of manufacturing in Scotland. As the HQ of the National Manufacturing Institute Scotland (NMIS), the building will house a fully digitalised factory of the future, skills academy and collaboration hub.

John Reid, CEO of the National Manufacturing Institute Scotland, said, “I’m delighted that we have been able to make real progress on the development of our new world class facility in the space of only a few weeks. Construction starting and the foundations being laid are major milestones in the ongoing development of the National Manufacturing Institute Scotland (NMIS) Group. It has been a challenging year for many in the manufacturing sector, but for some it has also brought real opportunity. As we look to the future, taking into account the climate emergency and Brexit, as well as the recovery from the pandemic, as a sector it is certain that we will face many more challenges but also, more opportunities will be there for the taking.”

Eddie Robertson, MD of Morrison Construction Building Central, added, “The NMIS facility is a real flagship project for our business and I am excited to see it making such good progress early on in this construction phase. With further significant stages coming shortly after Christmas we will really see the building starting to take shape and we look forward to working with all the stakeholders to make their vision a reality.”