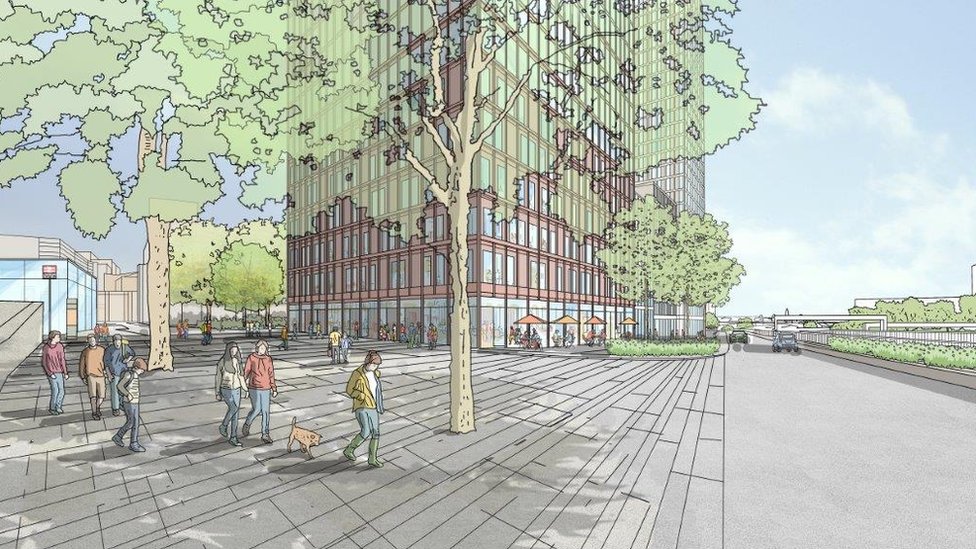 A consultation has been launched by Watkin Jones Group on plans to build what would be Glasgow’s tallest building.

The proposed building would replace Portcullis House in the west of Glasgow city centre, adjacent to Charing Cross Station.

The developers said the new structure will be built to a maximum of 30-storeys and will comprise of up to 825 units – including apartments for rent, shops, a cafe and communal spaces.

In a document accompanying the proposals, Watkin Jones Group explained the concept of the development. The firm wrote, “The principle of co-living is that residents sleep in their rooms but live in the building. Residents private rooms offer sanctuary but the building itself provides a vibrant sense of community in the range of shared spaces and facilities that are provided.”

At roof top level, the building will have green terraces positioned to give ‘uninterrupted’ views of the city. The developer said that the space will be a recreational focal point that will bring residents together.

The firm continued in the document, “As sandstone is no longer quarried in sufficient quantities locally to be viable in the modern age, our approach will be to respond to these tones and textures that are such a defining characteristic of the cityscape.

“The elevational treatment of the building is still in the design development stage but different facade hierarchies are being assessed to bring a subtly different character to the various different blocks being proposed on the site.”