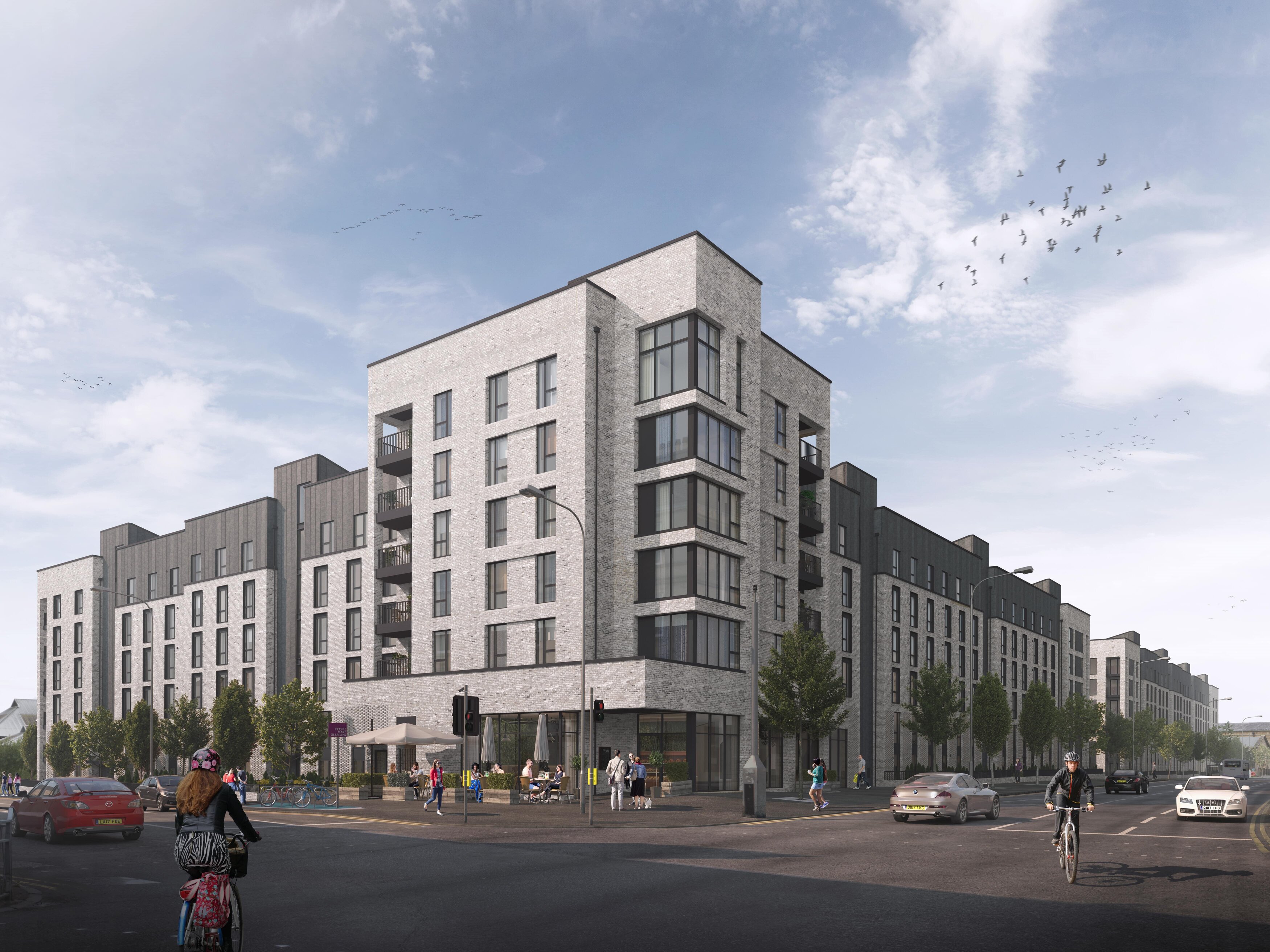 The £42 million development will see flats and a commercial unit built at the site of the former Glasgow Meatmarket on the corner of Duke Street and Bellgrove Street in the east end of the city. Homes Group is behind the build, with CCG (Scotland) Ltd having been appointed main contractor.

Established in 1879, the Glasgow Meatmarket initially housed an inn and accommodation for sheep, bullocks and other livestock. Later, it became a car auction site before closing in the 1980s and lying derelict ever since.

Backed by the council’s housing supply programme, the development of the site is seen as of ‘significant’ strategic importance to the local authority and city. The council described the site’s location as ‘very attractive’

The 252 flats are a mixture of one and two-bedroom units, split across 19 flat types and will be incorporated across four blocks which range between four and six storeys high, with frontage on to Duke Street and Bellgrove Street.

Glasgow City Council said that the housing project is expected to start on site in January 2021 with estimated completion in the Spring of 2023.

Councillor Kenny McLean, City Convener for Neighbourhoods, Housing and Public Realm at Glasgow City Council, said: “The building of so many affordable homes in what is a fantastic location will be a key stage of the wider transformation of the historic Meatmarket site. We can look forward to this development playing its part as a catalyst for the regeneration of this part of the city, with these flats becoming home to a wide range of people and families.”

Stuart Dixon, head of development for Home Group Scotland, added,  “We are really proud to have built up such a strong partnership with Glasgow City Council and are delighted to be redeveloping this iconic Glasgow site. We intend to put family at the heart of these new homes and create an exciting new place for them to flourish. All homes will be bright, spacious and built to the highest modern standards while reflecting the historic look of the surrounding Glasgow tenements.”