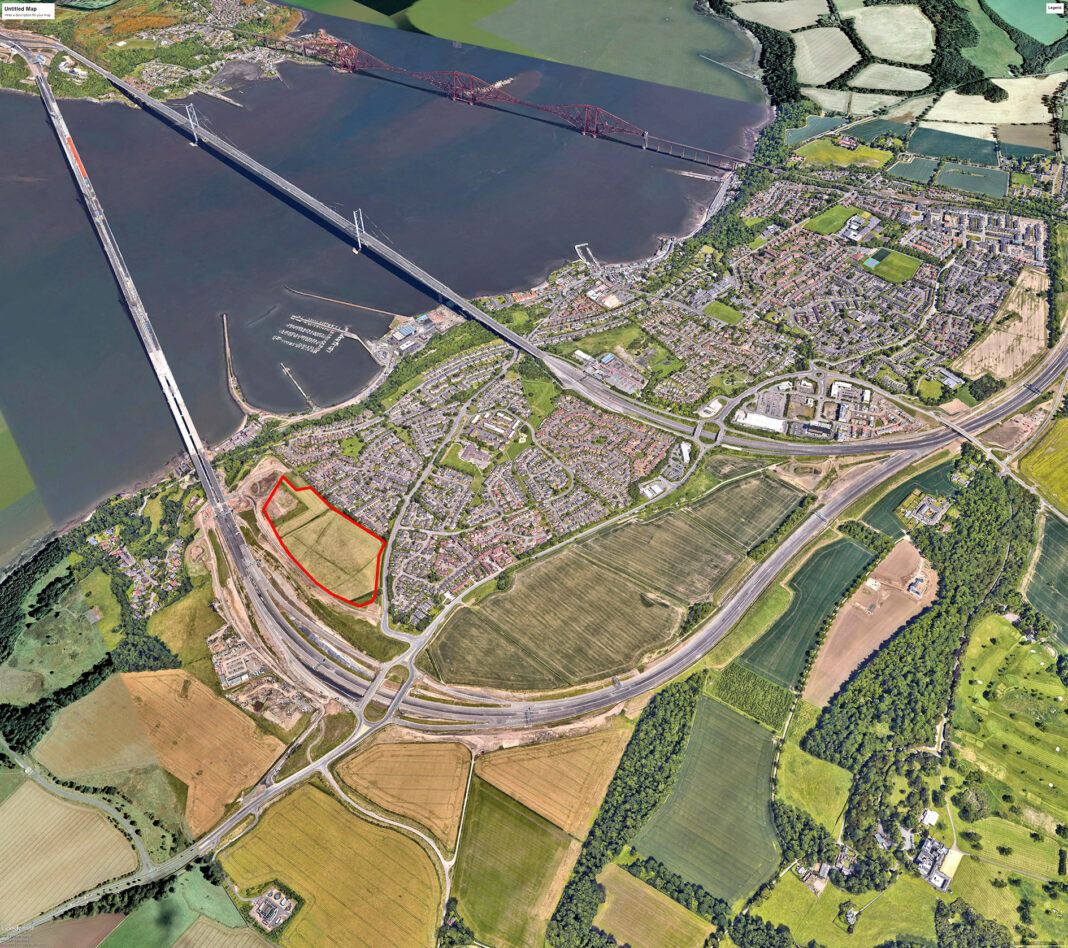 HOUSEBUILDER CALA has revealed that local community engagement has helped to shape plans for new homes on land made available after the completion of the Queensferry Crossing.

Following consultation earlier in the year, CALA Homes (East) has submitted proposals for the site at Springfield, Queensferry. The developer now aims to build 176 homes (down from 180), including 44 affordable homes and Golden Share, a discounted sale initiative.

If given the green light, work could begin on site as early as next autumn.

Derek Lawson, strategic land director at CALA Homes, said, “Given our planned work in Queensferry – both here and at a nearby development off Builyeon Road – we must thank members of the public who have taken the time to view and comment on our proposals. This has led to positive design changes, off-site improvements to Bo’ness road and wider footpath connectivity.

“The site is situated next to the new Queensferry Crossing, and gently slopes towards the River Forth to the north, giving homes here a famous view. We’re delighted to now be putting it forward for approval.”

Originally identified for housing almost 30 years ago, the site forms part of a wider area of land originally owned by CALA, following the grant of residential planning permission dating back to 1991.

The land was acquired by the Scottish Office in 1994 for the Queensferry Crossing. With the bridge now complete, Scottish Ministers have been in the process of disposing of surplus land. The regulations relating to disposal require that surplus land is initially offered to previous landowners, which in this case is CALA Homes.

Keith Giblett, chair of Queensferry & District Community Council, commented, “It is good to see that CALA has listened and taken on board design changes to their proposals for the site arising from the earlier public consultation. Now that the planning application has been lodged with the City of Edinburgh Council, the community council will consider the detailed designs and we will formulate our response.”