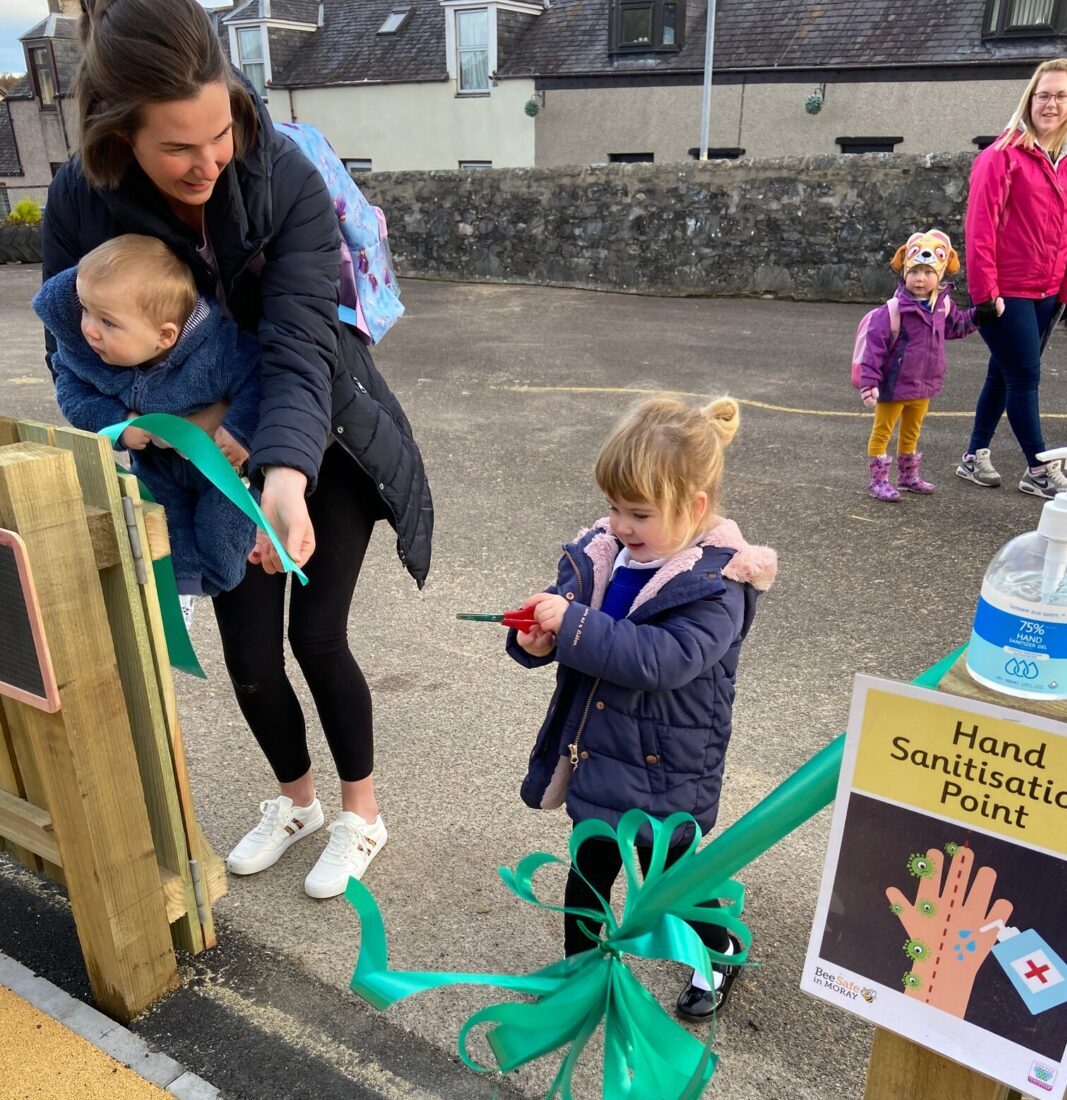 CHILDREN have been welcomed back to a Moray nursery following a £184,000 refurbishment of the facility.

The Mortlach Nursery project was led by Morrison Construction, with work beginning in the summer. Now completed, it means that children have direct access to their nursery – having previously had to enter via Mortlach Primary School.

The work also brought an enhanced covered outdoor space and playground and upgraded toilets and kitchens. As part of the Scottish Government’s expansion of early learning and childcare, the nursery will now offer increased hours of 1,140 a year for three and four year-olds.

Senior project manager of the early learning and childcare expansion for Moray Council, Robin Paterson, said, “Following the completion of our new-build nurseries at Cullen and Pilmuir, the opening of the refurbished nursery at Mortlach demonstrates our commitment to providing a quality early learning and childcare experience for all children living in Moray, including those in our more rural communities.”

Mortlach Nursery manager, Mitch Fraser, added, “This has been a fantastic modernisation of Mortlach Nursery, which the children and staff will continue to improve on by adding their own touch of magic.”