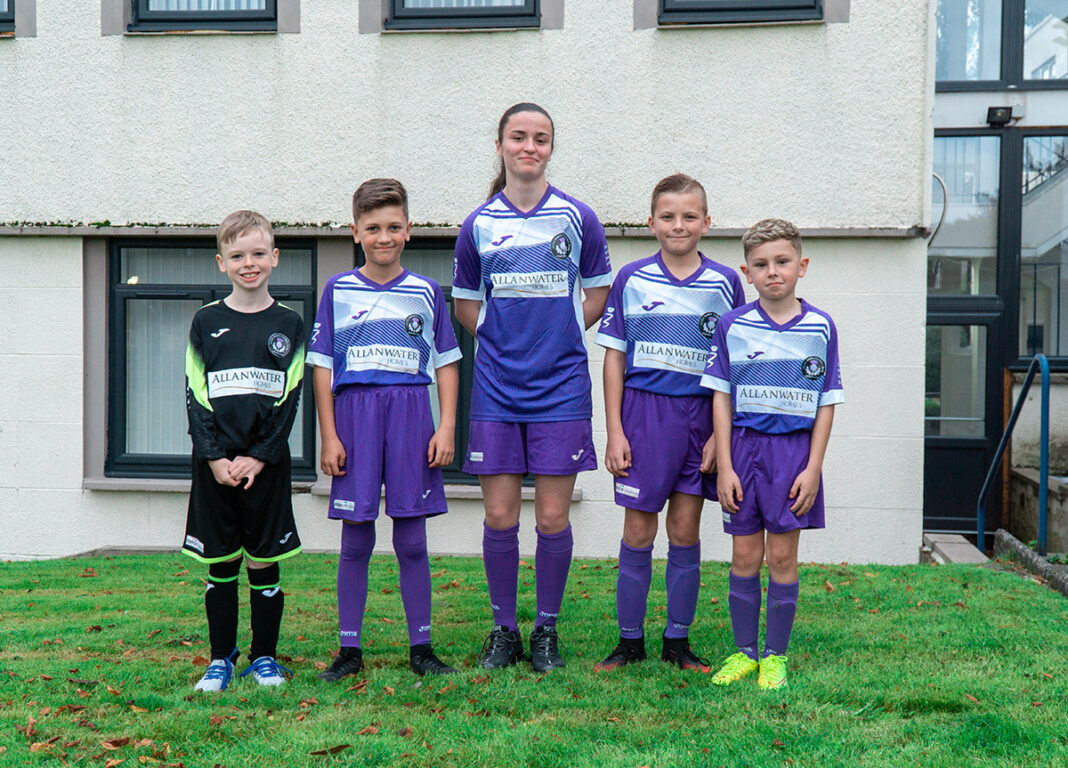 ALLANWATER Homes has again announced its sponsorship of local football club, Alloa Saints, which puts out several teams, including boys’ teams and a Saturday amateur adult side.

The club has grown significantly and now has around 140 members and volunteers in total.

Allanwater Homes, which has its Oaktree Gardens development in Alloa, has supported the club since 2018 when it provided the players with new strips. It also sponsored the club’s new sticker album, while bags are also in included in this year’s sponsorship deal.

The club’s Paul Robertson said, “We are very grateful for Allanwater Homes support once again. It makes such a difference to receive repeated sponsorship as we can really build something positive from this. We had very positive feedback on the new strips, and the sticker album, last year. Everything was fantastic.

“This sponsorship is enabling us to grow the club significantly. It’s been good for us to grow to over one hundred members. We have lots of plans for several new teams in the coming months.”