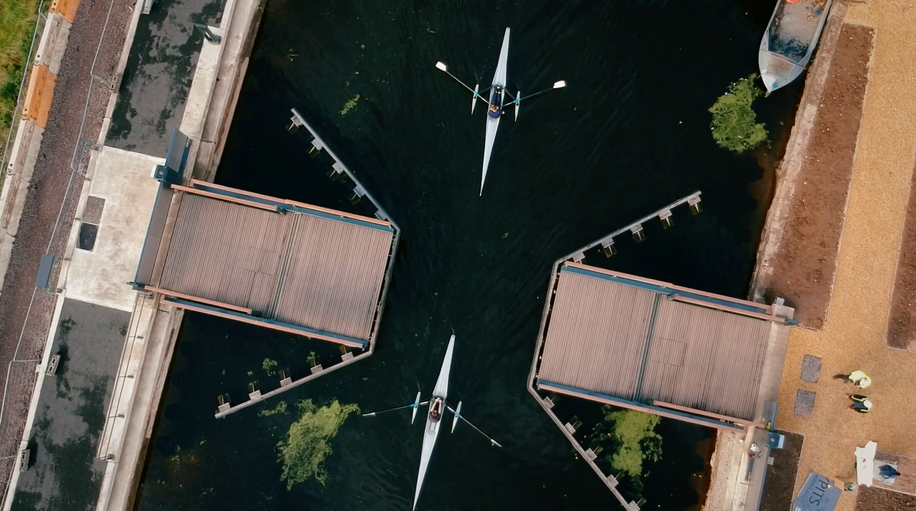 SCOTTISH Canals has connected communities on either side of the Forth & Clyde Canal with the opening of the new Garscube Bridge and Panmure Gate Link in north Glasgow.

MacKenzie Construction carried out the project, which links the communities of Panmure Gate and Woodside – allowing residents direct access to Scotland’s sustainable transport network along the Forth & Clyde Canal.

Scottish Canals described the bridge as ‘state of the art’, adding that it will be much more than just a walkway for the local community – with the electronic bridge separating to allow for boats to pass through the north of the city.

Catherine Topley, CEO of Scottish Canals said, “The opening of Garscube Bridge and the Panmure Gate Link marks an important milestone for Scottish Canals and our partners in delivering the Claypits project as part of the wider regeneration in North Glasgow.

“I am delighted that this project will connect the communities of Panmure Gate and Woodside giving them access to an urban nature reserve in the heart of the city. The Claypits project will deliver long term health and wellbeing benefits to the local residents as well as an additional boost to the local economy.”

The development forms part of the £6 million Claypits project, which will deliver a local nature reserve in north Glasgow. Due to open in Spring 2021, the project emerged from the  the Woodside, Firhill and Hamiltonhill development framework, which received a Living Waterway’s Award in 2018 in recognition of the project’s success in engaging local communities.

Karen McGregor, Director of Scotland for Sustrans, said: “The Garscube Bridge and the new boardwalk open up the Claypits Nature Reserve for locals living in Queen’s Cross and Firhill. It’s more important than ever now to have space to walk, cycle, relax and exercise outdoors, and we are pleased to have been able to support this vital new link through places for everyone.

“The canal, nature reserve and their connection to the national cycle network are a gateway to city and the surrounding area, as well as an important resource for Glasgow’s biodiversity. This is a unique project – creating a wild greenspace in the heart of industrial land – and we are proud to have been part of it.”