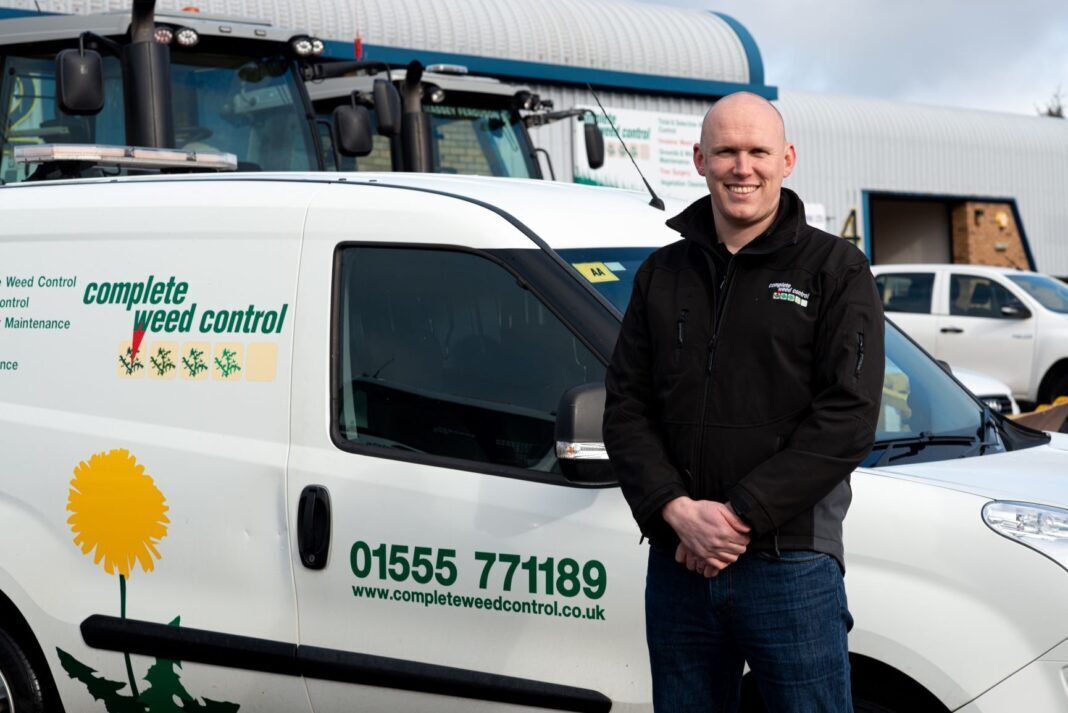 CONSTRUCTION sites throughout the UK are blighted regularly by invasive non-native weeds and other plants which, by law, must be controlled correctly, and legally, before building work can safely begin.

Amongst the best known of these species is Japanese Knotweed, fallopia japonica, also known as Asian knotweed. Native to Japan, China, and Korea, it has successfully established itself in North America and Europe in numerous habitats and is classified as a pest and invasive species in several countries, including the UK.

Japanese Knotweed has hollow stems with distinct raised nodes that give it the appearance of bamboo though it is not related. While stems may reach a maximum height of 10–13 ft each growing season, it is typical to see much smaller plants in places where they sprout through cracks in the pavement or are repeatedly cut down.

Another often found non-native invasive plant is Giant Hogweed which features in the newspapers from time to time due to the severe burns it can cause to anyone who has the misfortune to brush against it.

Described as ‘the UK’s most dangerous plant’ by a rivers and estuaries expert, Giant Hogweed is an invasive species closely related to cow parsley and is found, most commonly, near rivers and canals. Its problem arises from toxic sap, containing chemicals known as furanocoumarins, which can be emitted by the white flowering weed from its leaves, stems, roots, flowers, and seeds.

This increases the skin’s sensitivity to sunlight, often resulting in burns that can last for several months. Some people have reported that the affected area of skin remains sensitive to light for some years afterwards. Blindness, too, can result if the sap gets into someone’s eyes.

Giant Hogweed, which can grow up to six metres high, was brought to Britain in the 19th Century as an ornamental species. Its white umbrella-shaped flower head has leaves of up to 1.5 metres wide, and with an ability to produce up to 50,000 seeds a year, the weed is a regular presence throughout the UK especially in the summer months though it remains a health threat all year round.

The legal position, as framed by the 1981 Wildlife and Countryside Act, is that you must not plant in the wild, or cause to grow in the wild, listed plants which are either non-native or invasive non-native. This can include moving contaminated soil or plant cuttings. If you do, you can be fined or sent to prison for up to two years.

You must not import, transport, keep, breed, sell, use, or exchange, grow or cultivate, or release into the environment species of alien plants.

Recent legal cases have arisen where it is alleged that a landowner or local authority has failed to take appropriate action to protect the public. The species presence on a building site creates real problems which can be time-consuming and costly to resolve.

When discovered on a construction site, it can cause a major headache for developers, who then must prove to the satisfaction of planning, building control and certification bodies that it has been properly dealt with.

The most common response is to dig the intruder out and remove it – this is the tack most usually requested by local planning authorities – but this course of action can create its own issues. But the reality is that dig-and-remove should be the last, rather than the first, option. There are much more economical and environmentally sensitive ways to reduce the infestation and keep it under control.

The spoil containing the weed can only go to landfill and, as every builder knows, landfill taxes are increasingly onerous. There are also the costs of transporting it in a safe and compliant manner. These costs can sometimes be enough to make a site commercially unviable.

The message to property developers and others is clear: if there is a non-native invasive species on your property it needs to be identified and controlled before anyone gets hurt and is best removed by specialist contractors who have experience in making it go away.

As specialists ourselves, here are the questions you need to ask of anyone purporting to be expert in specialist removal:

Get the right answers to these questions and you will be in safe hands.