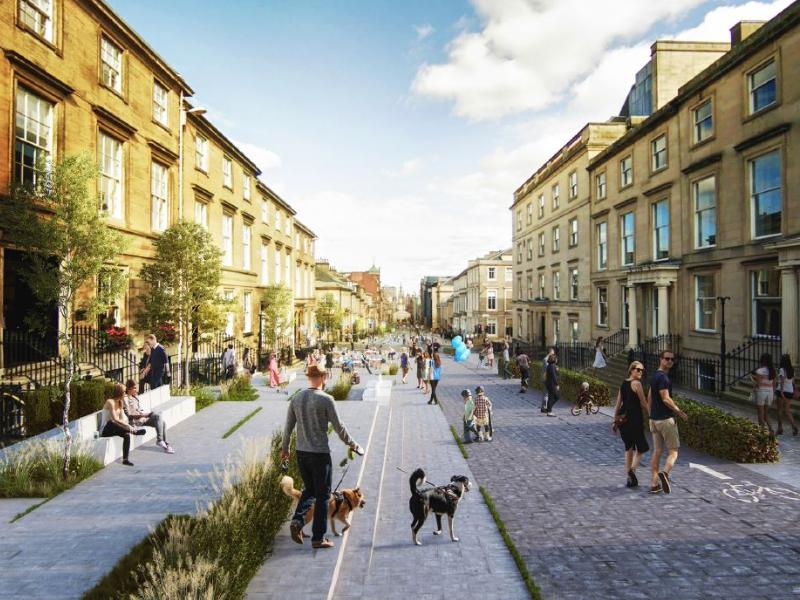 GLASGOW City Council has approved district regeneration frameworks (DRFs) for both the Blythswood and central districts of the city centre.

These are the fourth and fifth in a series of nine DRFs that will guide the future development of Glasgow city centre over the next decade. Previously approved DRFs include those for the Sauchiehall Street, Garnethill, Broomielaw and St Enoch districts.

The local authority said that the DRFs plan for short, medium and long-term actions that will bring economic, environmental and social improvements to the city centre. Themes present in the DRFs include actions that will mitigate the effects of climate change; the re-use of buildings; active travel and public transport being promoted; preserving build heritage and improved population density.

Councillor Susan Aitken, leader of Glasgow City Council, said, “These regeneration frameworks for the Blythswood and central districts will guide their future development as we look to meet the challenges and opportunities that such areas now face. The actions we take now and over the next decade will help to create vibrant, healthy and sustainable neighbourhoods across the city centre.”