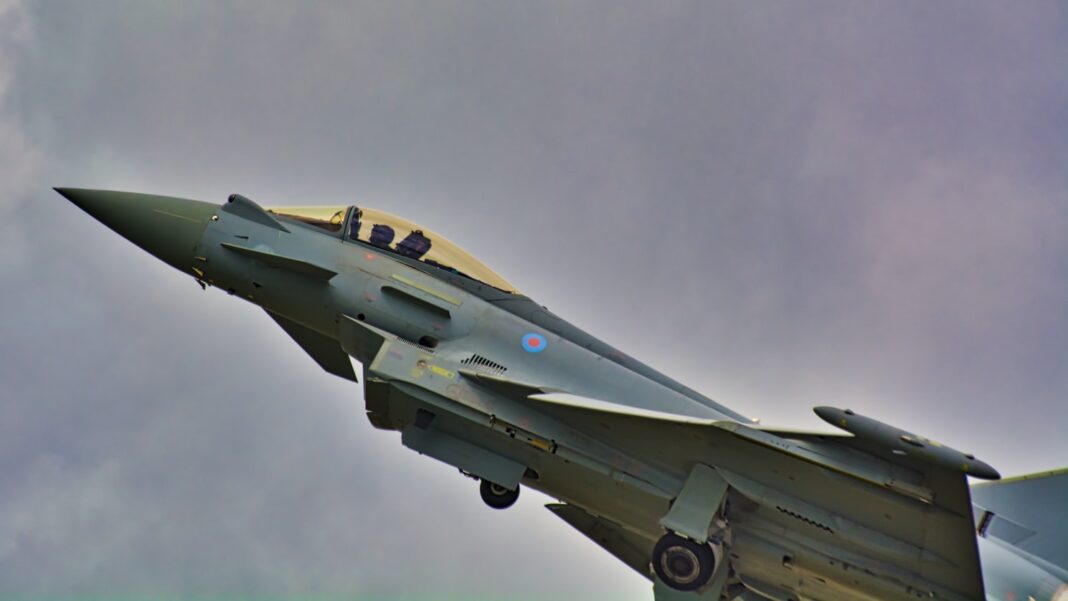 WORK to resurface the runways at RAF Lossiemouth has reached a major milestone with the return of aircraft to the Moray Station.

The aircraft had to be relocated while the intersection between the station’s two runways was resurfaced – lasting from August until October. The RAF’s new P-8A Maritime Patrol Aircraft was delivered to the nearby Kinloss Barracks, with RAF Lossiemouth’s Typhoons also operating from Kinloss.

VolkerFitzpatrick, the contractor for the £75 million project, carried out works day and night, seven days a week, to ensure the aircraft and crew could return to RAF Lossiemouth as soon as possible.

The first aircraft to land on the newly-resurfaced intersection was a Typhoon returning from a training sortie, it will shortly be joined by the P-8A Maritime Patrol Aircraft.

Russ Liddington, Defence Infrastructure Organisation project manager for the resurfacing works, said, “It is great to see the aircraft return to Lossiemouth and to see the arrival of P-8As is particularly pleasing as it represents a new era in operations from this Station. This significant investment in Scotland introduces a new UK Defence capability and has definitely focused minds and efforts.

“With this important milestone achieved we can now look to complete the remainder of the project works to enable full use of the airfield for future aircraft operations.”

Wing Commander Pete Beckett, director of the Lossiemouth development programme, said, “The partial completion of the new runway surfaces marks a major milestone in upgrades to RAF Lossiemouth’s infrastructure, with the project expected to be complete mid-2021.

“This is a really exciting time for RAF Lossiemouth with further upgrades and improvements planned, ensuring the Station is fit for all of the challenges the future holds. Over £400m has been invested in Moray, with the creation of around 550 additional military posts, and employment opportunities for many local contractors.”

Station commander of RAF Lossiemouth, Chris Layden, said, “My team have been working exceptionally hard from Leuchars Station and Kinloss Barracks to deliver Typhoon and Poseidon operations, and I am delighted that all our aircraft can now return back to RAF Lossiemouth. We are back in business as a next-generation maritime patrol and fighter station!

“Tomorrow we will welcome the first of our Poseidon Maritime Patrol Aircraft to their new home with Team Lossie. My thanks go to my team, and contractors VolkerFitzpatrick for their hard work in successfully delivering the main runway on time.”

Keith Maplethorpe, VolkerFitzpatrick development director, added, “The collaborative efforts of all parties to ensure the continued resurfacing of RAF Lossiemouth is to be applauded. The arrival of the Typhoon onto the intersection was a spectacular sight, and our team will continue to work hard to ensure all remaining sections of the airfield are resurfaced on schedule to allow RAF Lossiemouth to resume its normal duties and operate larger aircrafts from site.”