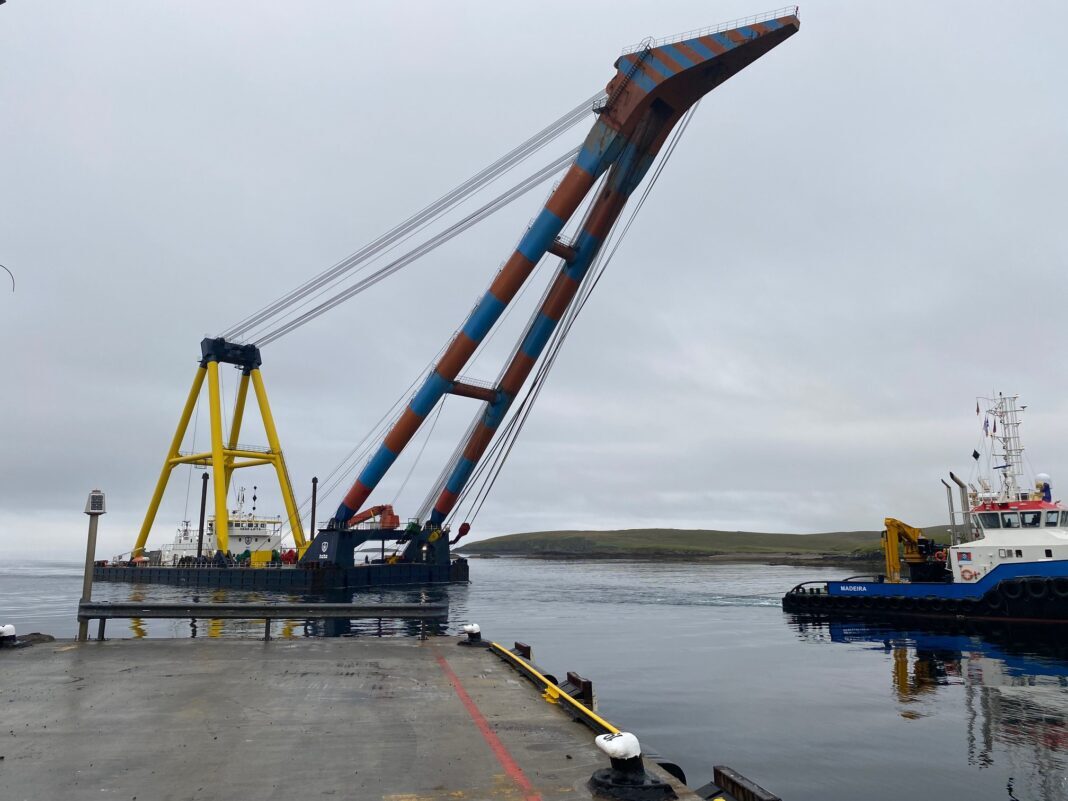 OCEAN Kinetics has been awarded the contract for the safe removal and recycling of the Buchan Alpha production rig in Shetland.

Following a successful tendering process, the firm mobilised floating plant and equipment to carry out the recovery.

MD John Henderson explained, “The rig was grounded in relatively shallow water with severe structural damage, which has made the work particularly complex. The structure, estimated to weigh 3,400 tonnes, has been partially dismantled on site, thanks to our marine crew who have been working very long, seven-day shifts. The first of the 800 tonne pontoons has now been released and safely towed into Lerwick Harbour.

“The pontoons will be removed from the water and placed on the dedicated decommissioning pads at Dales Voe, using the 800-tonne sheerleg floating crane that has just arrived in Lerwick Harbour. The crane has been supplied by our partners in the project, Hebo Maritime Services of Rotterdam.”