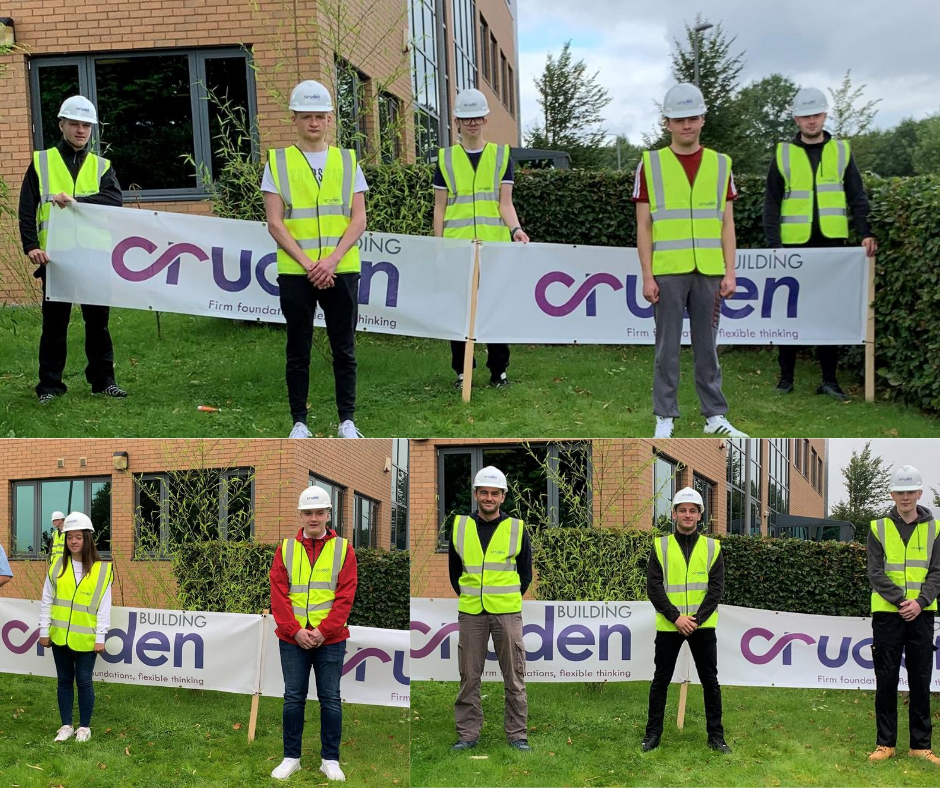 THE Cruden Group has welcomed ten new modern apprentices as it continues its commitment to provide apprenticeship and training programmes for Scotland’s young workforce.

The new recruits will become part of the 75-strong team of apprentices the Cruden Group is currently training, representing over 20% of its trades workforce.

Over 250 young people applied for the roles and, following a series of tests and interviews, ten new recruits were selected to embark on a four-year modern apprenticeship programme as joiners, painters, plumbers and bricklayers, where they will learn their chosen trade through on the job training, while also working towards a formal qualification.

Kevin Reid, chief executive of the Cruden Group said, “Through our Cruden Academy, we are committed to recruiting, retaining and investing in our employees, and our modern apprenticeship programme plays a vital role. Young people with apprenticeships are amongst the most employable in the country, not to mention becoming equipped with valuable practical skills and a good salary. Given the current economic climate, it’s all the more satisfying to start these young people off on their journey towards a rewarding career in a thriving sector.”

Apprentice painter Amy Kyle (16) commented, “Painting is something I’ve always wanted to do, so I’m delighted to be successful on Cruden’s modern apprenticeship scheme. I’m really looking forward to learning new skills, both on-site and in college, and to build my career in construction.”

Apprentice joiner Jack Gallacher (21) added, “Through Action for Children, I carried out a work placement opportunity with Cruden which led to a labourer’s role. My site manager was so impressed with me that I got the opportunity to apply for an apprenticeship. I’m over the moon that I’ve been selected for this year’s intake. Getting the chance to work on-site and learn this trade is life-changing and a real dream come true for me.”