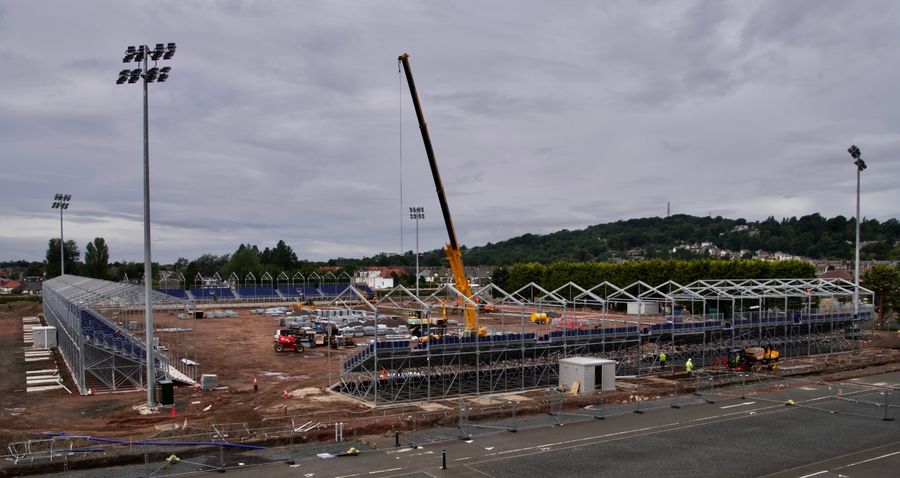 CONSTRUCTION is progressing on Edinburgh Rugby’s new 7,800 seater stadium on the grounds of the BT Murrayfield Stadium.

Main contractor Malcolm Group has been back on site since June 15, with the stadium’s infrastructure and stands beginning to take shape.

The rugby club said that the South, West and East stands are now nearing completion – adding that ‘steady’ and ‘ongoing’ progress is being made with the project’s groundworks, including drainage trench works, drainage for the stand roof and utility services trench works.

The resumption of work has also allowed SP Energy Networks to install the stadium’s substation, and contractors have continued with the stone fill under the North Stand, while trench works have been developed for the container bar on the East side of the ground.