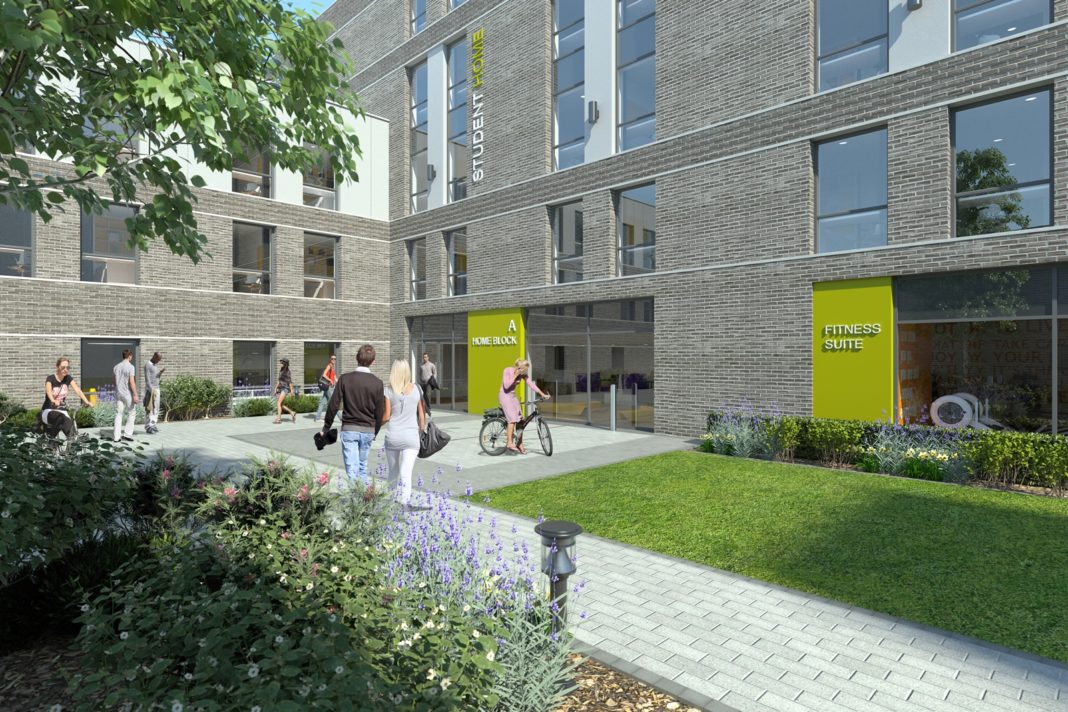 PLANS to construct a 248-bedroom student accommodation development in Edinburgh have been given the green light following an appeal.

Located on a vacant site on Gorgie Road, next to the Water of Leith, the facility will comprise two buildings made up of 35 studio rooms and a mixture of cluster apartments.

The site previously housed industrial units that have been demolished. The planning decision follows a successful appeal by York-based development company S Harrison after the project was initially turned down by councillors.

Work will start early next year and will complete in time for the academic year starting September 2022.

David Clancy, development director at S Harrison said, “We are delighted with this decision and look forward to transforming this brownfield site into a high-quality student accommodation scheme. It coincides with many of the city’s universities unveiling ambitious growth plans and is in a highly sought-after location between several Edinburgh Napier University buildings and within easy reach of The University of Edinburgh and Heriot-Watt University. Crucially it also has excellent sustainable public transport links on the doorstep.

“There’s no doubt this development will enhance the vibrancy of the area. It will be home to hundreds of socially active residents, which will benefit the local economy, whilst helping to free up general housing stock, in accordance with The City of Edinburgh Council’s student guidance.”