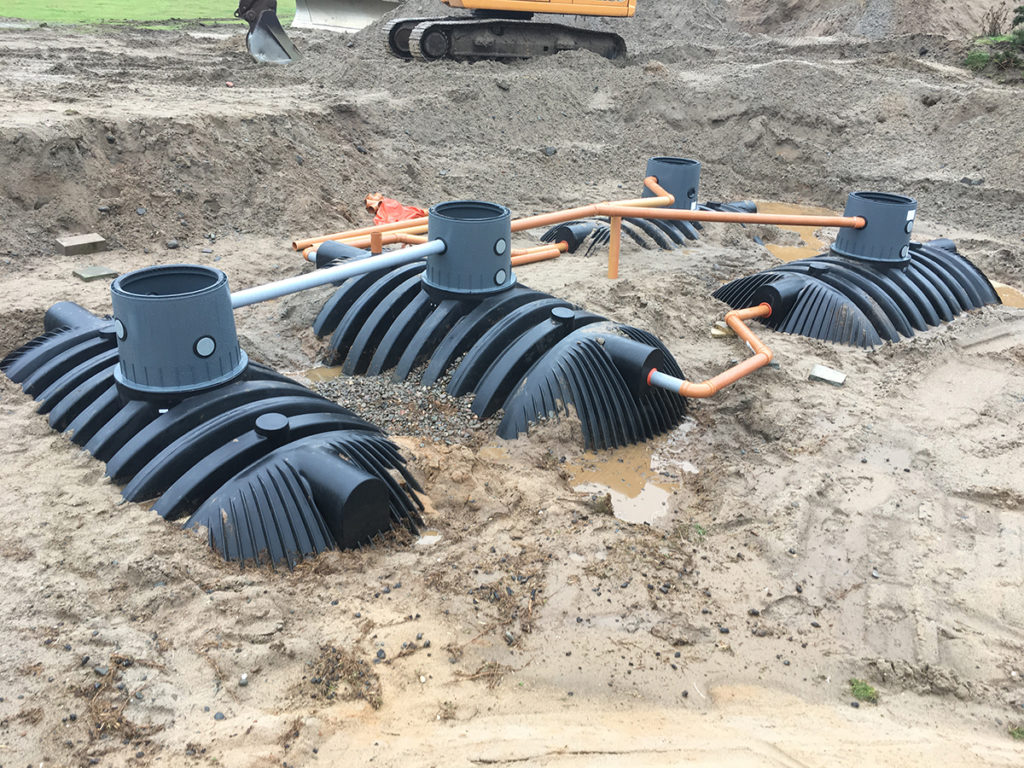 AN ‘intelligent’ design of wastewater treatment plant has helped a Scottish holiday park meet increasing demand for its facilities.

The Sands of Luce Holiday Park in Sandhead, Galloway, had been growing so rapidly in recent years that it was having to turn holidaymakers away due to the sheer volume of bookings received.

Park manager Jack Cooper decided to convert additional land to make it suitable for camping and caravans. This meant having to find a suitable solution to treat the wastewater on site as the holiday park is not connected to mains drainage. To complicate matters, this additional land had a high water table influenced by tidal water which negated a concrete base. Jack enlisted the help of wastewater treatment specialist Graf UK to propose an underground system large enough to cater for the number of visitors during the peak season and run on the single-phase power available on site.

Graf designed a bespoke two-line 165PE Klaro sewage treatment plant, which can be run on single-phase power and also meets the effluent levels set for the site by the Scottish Environment Protection Agency (SEPA).

Graf said the benefit of using the two-line system is that one line can be shut down during the off-peak season to cater for the lower numbers but still maintain a high effluent quality.

The Graf tanks, which are manufactured from recycled plastic, were installed with a gravel base and backfill instead of the more traditional concrete.

The system specified uses four 16,000-litre Carat XL tanks and two compressors and control panels. Two of the Carat XL tanks perform as sludge storage tanks, collecting wastewater from the site. This is then air lifted into the two SBR Carat XL tanks which house diffusers at the bottom of each module. These diffusers pump air into the tanks to help keep alive microorganisms which biologically break down the solids. After aeration has finished, the settlement phase begins in which the solids inside the SBR tanks settle at the bottom of each, creating a clear pool of water on top. This is then discharged out of the tank into a soakaway.

After the treated effluent has been discharged, the sludge that is left sitting at the bottom of the SBR tanks is airlifted back into the primary sludge storage tanks. Each SBR tank has its own compressor and control panel, feeding each tank with four air hoses, both running on single phase power.

Jack Cooper said, “Our project was demanding in two main aspects. Firstly, the location of the plant had a high-water table which was influenced by tidal water, meaning we need a low-profile solution which would not require concrete foundations. Secondly, due to our coastal location, the plant needed to adhere to the most stringent effluent levels imposed by SEPA.

“Our contractors and electrician both commented on the intelligent design of the Graf system, allowing for a simple install and convenient maintenance. I have been very impressed by the product and service provided by Graf UK. I will certainly use them again in the future and would recommend them to any operator.”