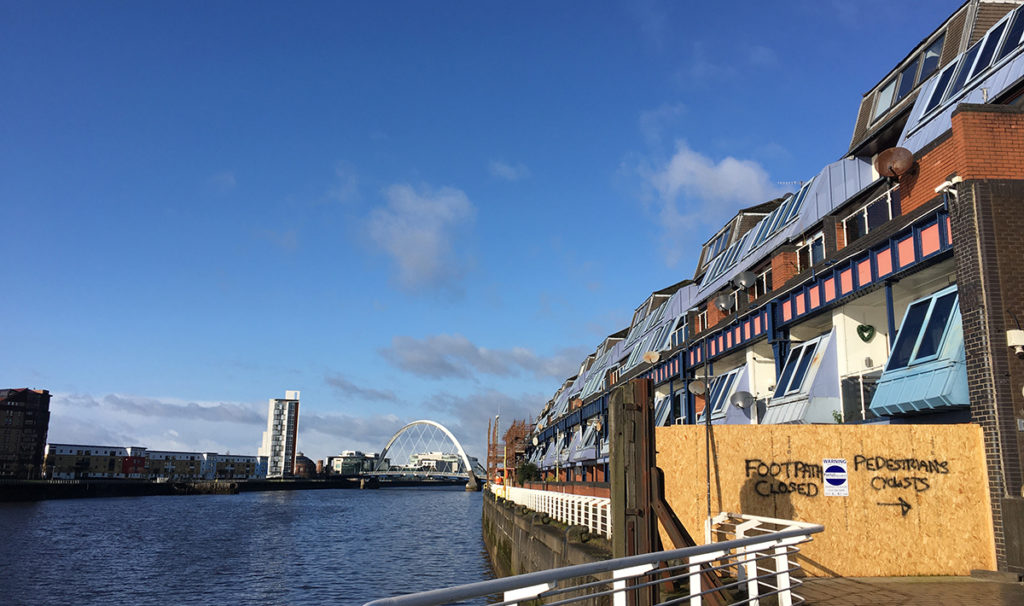 GLASGOW-based multidisciplinary practice NIXON has announced it has been appointed to complete reinstatement works at Lancefield Quay following a major fire last December.

The riverside apartments were damaged in the blaze. Originally a quayside transit store built in 1947, the building was converted in the late eighties as part of an urban renewal plan for Glasgow.

NIXON will now lead the project management to restore the damaged apartments. The team will provide quantity surveying, architectural and civil and structural engineering services in what is expected to be a two-year project.

NIXON director Dominic MacConnell said, “We understand this is a sensitive and anxious time for the residents. Our priority is to begin the first phase of works and to ensure we work together with residents and contractors and all those affected by the fire. The building is loved by its residents and we look forward to returning it to them and to the city.”

Ken Robertson, a director of Lancefield Quay Riverside Limited, the self-factoring company which manages the building, added, “Our priority is first and foremost to restore our landmark building for our residents. We have appointed Glasgow-based multidisciplinary company NIXON to lead the engineering, architectural and project management works. We look forward to working closely with them to complete the projects and to see our residents returned to their homes.”

Partial demolition of the fire-damaged properties will begin on Monday March 2.