IT was Barack Obama who pointed out that the challenges of the 21st century could not be met without collective action. And few would argue that that global climate change was not front of mind when the former US President made that remark.

Closer to home, the Scottish Government has taken steps to encourage collective action by setting up a new working group drawn from wider society to achieve newly revised targets – a reduction in emissions of 25 megatonnes by 2032 – as part of Scotland’s Climate Change Plan.

According to Climate Change Secretary Roseanna Cunningham, this challenging target will include “action by everybody”. And everybody definitely includes the housebuilding industry which has a huge part to play in the journey towards a carbon-neutral society. It is encouraging that some of the larger players are beginning to make positive steps in this direction, but I would like to see more get on board. It may be that the collective power of consumer demand will soon reach tipping point – and accelerate the pace of change.

Research by NHBC Foundation and Savills, based on the views of more than 5,400 people who bought new-build homes in the last four years, suggests that energy efficiency is now one of seven top priorities that influence the choice of property – right up there with the more traditional considerations like location and quality of the neighbourhood.

While materials such as solar panels can contribute to energy efficiency, the very fabric of the building itself has a fundamental – and arguably more intrinsic – role in minimising future environmental impact and running costs. Using a fabric first methodology to construct homes can dramatically reduce heating costs and create properties which are virtually zero carbon.

Scotframe recently co-hosted an event in Edinburgh alongside homebuilding industry body, Homes for Scotland to encourage exactly this form of collective action.

Attended by Shadow Secretary for Climate Change and West of Scotland MSP Maurice Golden and several key private and public representatives from across the housebuilding industry, there was lively debate about how a ‘fabric first’ approach can help achieve these ambitious environmental targets.

The stark fact is that home energy use is responsible for a quarter of carbon dioxide emissions. But we could reduce this dramatically if the industry is willing to adopt fabric first on a wider scale.

Fabric first prioritises the insulation and airtightness of the building over more costly renewable energy or heating systems. The impact of this is increasing energy efficiency from the outset, and significantly-reduced energy costs in future. This approach also tackles fuel poverty and future-proofs our housing stock.

Interestingly, housing associations are already delivering more energy-efficient solutions than those in the private sector so, for a fabric first approach to really take off, it needs to be driven by the majority of the market, including major private developers.

Unfortunately the industry’s approach to procurement for private homes often focuses on lowest initial cost rather than quality, environmental impact or long-term costs to the homeowner or tenant.

Another challenge is that, while the climate emergency may be top of mind, many people are still only just managing in terms of financial outlay. So, to stimulate demand, the benefits of a more energy-efficient approach need to be more clearly highlighted. This is already the case for big purchases like cars where a key factor for buyers is miles per gallon.

Homes for Scotland has proposed that the superior energy performance of new homes should be recognised through some sort of link with Land and Buildings Transaction Tax, similar to that which exists for more energy-efficient or electric cars.

It’s this kind of thinking that drives real progress, and I am convinced that the housebuilding industry can make a major contribution to driving down emissions. Yes, we need to shout it from the rooftops but not as a lone voice. We need to do it together, as a collective, cohesive whole. That’s what will drive real action. I think President Obama would approve. 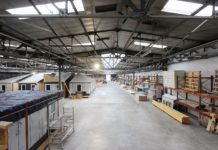