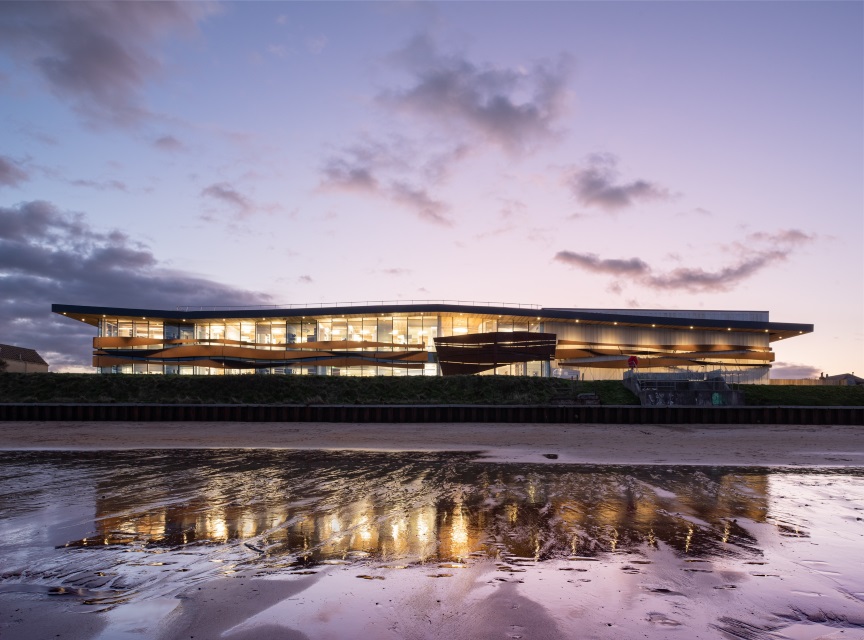 THE £16.5 million Scottish Oceans Institute (SOI) at the University of St Andrews is in the frame for a top national award for architectural design.

The building has been nominated for the Architectural Excellence Award (Public Use) award at the 2020 Scottish Property Awards. The institute is a global hub for marine research focused on conservation and understanding the effects of climate change on our oceans.

The building features renewable materials such external cladding made from rice husks. The design by Glasgow-based BMJ Architects is influenced by the building’s location beside the sea. Weathered Corten steel solar shading is said to wrap the façade ‘like water lapping against a sea wall’ with an entrance inspired by a ship’s sail. The wave shaped roof ‘floats’ above a clear glazed façade.

The SOI includes an aquarium as well as researching and teaching facilities.

JLL project managed the scheme, which was built by Balfour Beatty.

Niall Robertson, director at JLL said, “The Scottish Oceans Institute is a remarkable building and a world-class facility that Scotland can be truly proud of. A series of partners were involved in the scheme’s process from its conception to delivery. To be collectively nominated for such a significant award is testament to the vision and collaboration shown from each of these partners. We are proud to have project managed the entire project from start to finish, so to see the building now open and being used as intended is incredibly satisfying.”