DOZENS of former nurses at what was once Sunnyside Royal Hospital near Montrose have visited to cut the turf and mark the site’s new lease of life as a housing development.

The psychiatric hospital was the first public asylum in Scotland and among the first in the English-speaking world.

The nurses helped to mark the start of work on a £4.4 million development of 35 affordable homes within the estate grounds. They were joined by Hillcrest chief executive Angela Linton and Sunnyside Estate & Pert-Bruce director Jamie Pert.

The homes, developed by Sunnyside Estates – a partnership between Tayside construction firm Pert-Bruce and Edinburgh-based developer FM Group on behalf of Hillcrest Homes, are set to be the first of two phases of affordable homes at the site.

Work on the first phase is expected to be completed in summer 2021, with the second phase which will deliver an additional 59 homes set to begin work that same year. The 94 homes in total will be earmarked for social rent.

Angela Linton, Hillcrest chief executive said, “Sunnyside has a huge historical significance to the local area, and we’re delighted that the hospital building will be preserved for future generations as part of the wider development plans. As well as boosting Angus’ affordable housing provision, these 35 properties being developed for Hillcrest in the beautiful grounds of the estate will give families a modern, energy efficient place to call home.”

Jamie Pert, director at Pert-Bruce Construction and Sunnyside Estate added, “Sunnyside Estate Ltd are delighted to be working in collaboration with Hillcrest to build much needed affordable housing for the Montrose area. We were also very privileged to welcome this group of retired Sunnyside Hospital nurses who worked within this highly regarded psychiatric hospital. This project will provide an important boost for the local area, securing local jobs not just for Pert-Bruce but the local supply chain in Montrose and Angus, including ten trades apprentices currently directly employed by us.

“This project will also allow us to continue to support the Dundee & Angus Shared Apprentice Scheme – of which Pert-Bruce were one of the founding members. This scheme currently offers employment to around 44 trade apprentices in Dundee and Angus, all of which is vital to maintaining a vibrant construction industry and future skilled trades.”

The original building was founded in 1781 by Susan Carnegie as Montrose Lunatic Asylum, Infirmary and Dispensary, and was located on Montrose Links. A new asylum – the building which still stands today near the village of Hillside – was designed by William Lambie Moffat and completed in 1858.

The asylum passed into the ownership of the NHS in 1946, and changed its name from Royal Asylum of Montrose to Royal Mental Hospital of Montrose, before becoming Sunnyside Royal Hospital in 1962.

The hospital closed in December 2011 and was bought in 2016 by Sunnyside Estates Ltd. 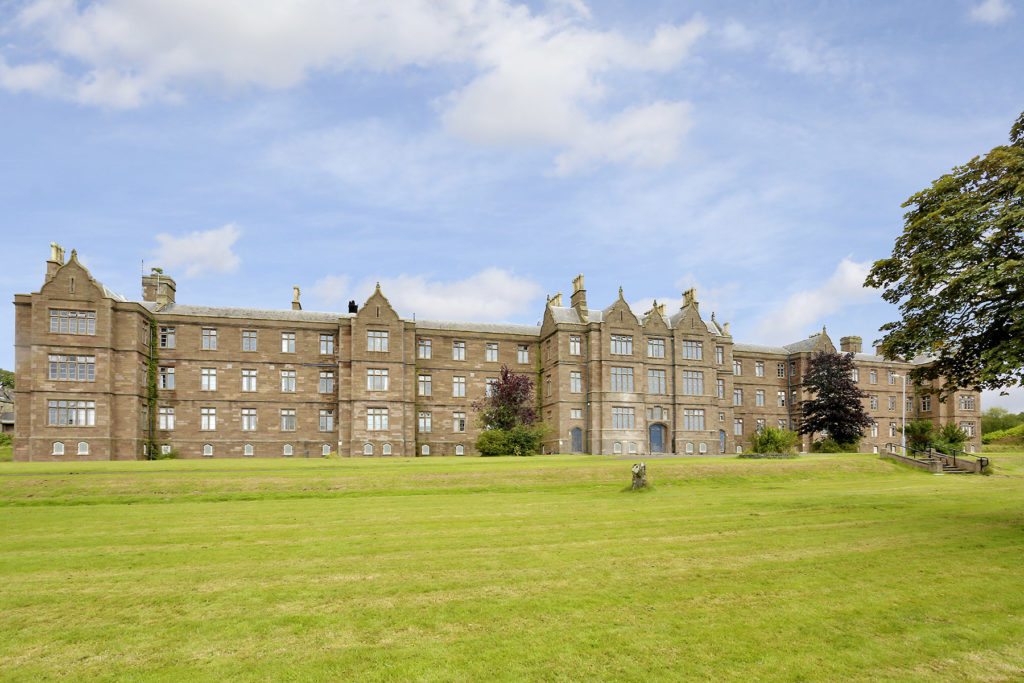