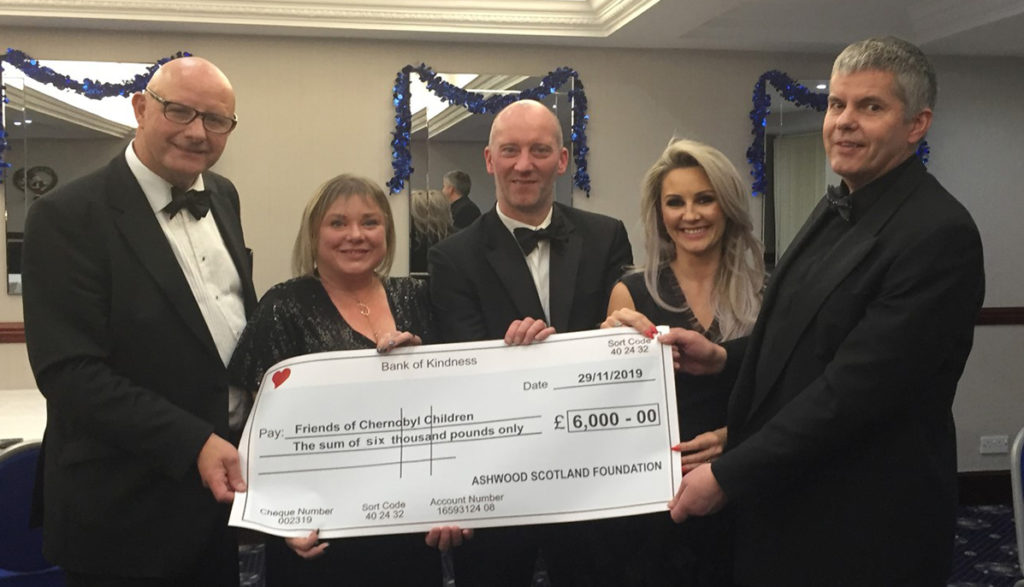 THE Ashwood Scotland Foundation has raised £7,600 at its annual charity ball.

Held this year at the Hilcroft Hotel in Whitburn, the cash will benefit worthy causes including Friends of Chernobyl Children (FOCC) and the Mulanje Project in Malawi.

The foundation was set up nearly 15-years ago by Ashwood Scotland, the Bathgate-based construction business, and has now raised in excess of £120,000 for charity.

Over 180 guests attended the dinner where members of the Broxburn and Livingston Brass Band played Christmas carols during dinner followed by music from The Motown Bros.

Ashwood MD Archie Meikle said, “It was another hugely successful evening for the Foundation and we are delighted to support these chosen charities.”

In August, Ashwood celebrated its 20th birthday by revealing £10 million of new contracts, including projects at three City of Edinburgh Council primary schools and a major heritage restoration job at West Register House in Edinburgh. The business also recently relocated its 70 staff to new premises at Tailend Court in Livingston.

“Our latest fundraising achievements round off what has been a superb year for everyone associated with Ashwood and we look forward to 2020 with some relish,” Mr Meikle added.