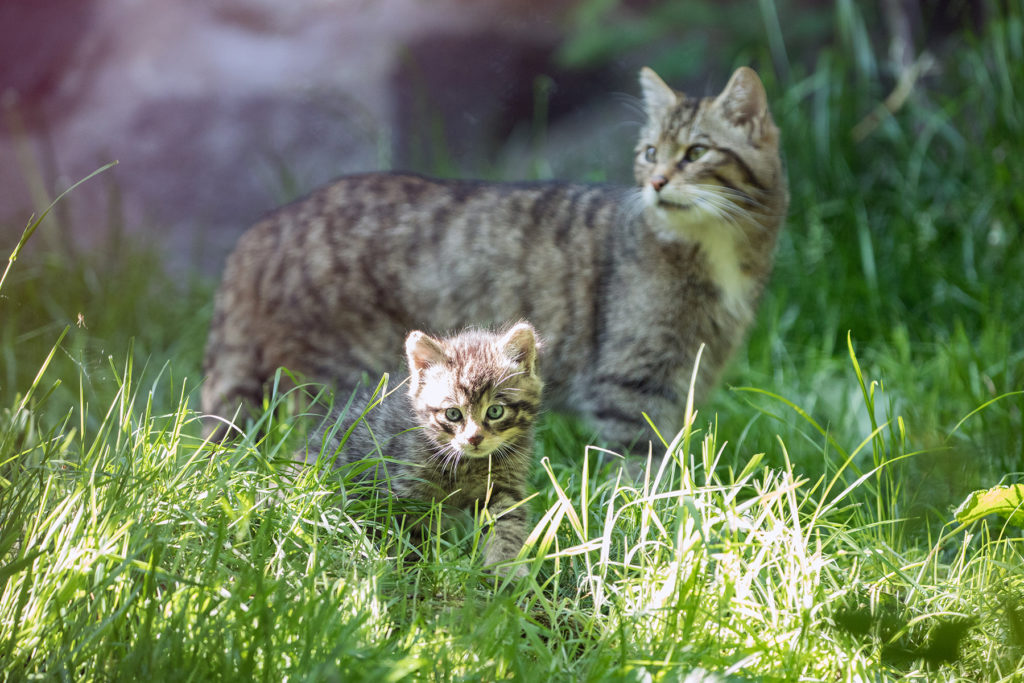 THE UK’s first wildcat reintroduction centre is to be built in the Scottish Highlands after the endangered animal was handed a ‘vital’ lifeline through a £3.2 million joint funding project.

The EU LIFE Grant, Garfield Weston Foundation, the National Trust for Scotland, the People’s Trust for Endangered Species and the European Nature Trust have provided the funds to support the eventual reintroduction of the animal into the wild by 2022, in a Royal Zoological Society of Scotland (RZSS) charity led project.

The centre, to be situated in the Highlands Wildlife Park near Aviemore, will provide facilities for breeding, veterinary care, remote monitoring and training. RZSS will work closely with Norden’s Ark of Sweden and Spain’s Junta De Andalucìa – the two animal centres helped ensure the successful recovery of the Iberian Lynx.

Roseanna Cunningham, cabinet secretary for environment, climate change and land reform, said, “The wildcat is one of our most iconic Scottish species but its conservation faces serious challenges.

“Fortunately in Scotland we have a fantastic group of scientists and specialists who are working together with the Scottish Government, the Royal Zoological Society of Scotland and others to explore all options to save the species here. Today is an important step towards the conservation of the ‘Highland Tiger’ in Scotland, but there’s a lot of work still to be done.”

Helen Senn, head of conservation and science programmes at RZSS, commented, “Wildcats are on the brink of extinction in Scotland but it’s not too late. With funding in place, it is tremendously exciting to begin the UK’s first wildcat release project and bring together all the necessary resources and expertise to make it happen.

“Using wildcats from the existing captive population, as well as cats from Europe to boost the gene pool, the reintroduction centre will provide a sustainable source of wildcats for years to come.

“The Cairngorms have historically been a key part of the wildcat range and we are working closely with the partners to understand which is our preferred first release site. Further wildcat releases may also take place in other strategically important locations across Scotland, with the potential to support well-planned future efforts in the rest of the UK.”

Martin Gaywood, SNH species projects manager, said, “With Saving Wildcats, expert partners are working together for a flagship project to re-establish a healthy wildcat population in Scotland. But releasing species into the wild for conservation purposes is very complex and challenging.

“With the first wildcats expected to be released into the wild in 2022, now is the time for a public discussion on domestic and feral cat populations, and how we manage these, and the public will have an important role in helping minimise future hybridisation. Responsible cat ownership, including microchipping, neutering and vaccinations, is one way we can help reduce devastating effects on wildcats.”

Urs Breitenmoser, chair of the IUCN cat specialist group, said, “We welcome this announcement and are delighted to see that recommendations from the recent status review of wildcat in Scotland are starting to be acted upon.”

Those wishing to support the RZSS charity with the running and build of the centre can do so by making a donation here.