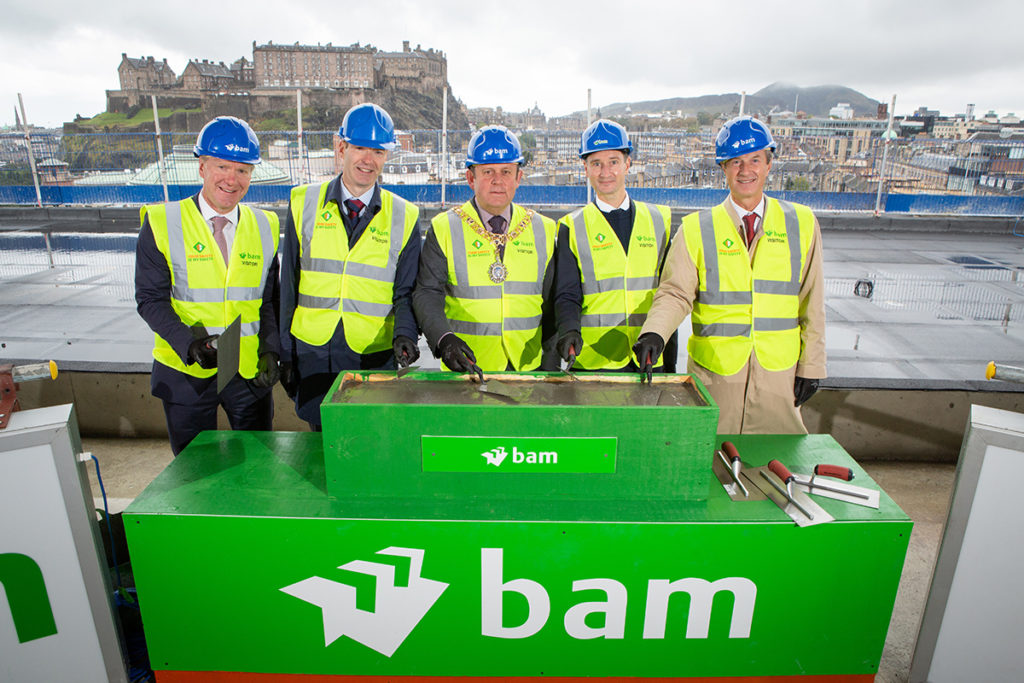 A topping out ceremony has been held to mark a major milestone in Edinburgh’s Capital Square office development.

The Right Honourable Lord Lieutenant, Lord Provost of the City of Edinburgh, Frank Ross joined representatives from BAM Properties and Hermes Investment Management to celebrate the closing stages of the structural frame construction at the project, which is due to complete in May next year.

Built by BAM construction and located within the Exchange business district, Capital Square has already attracted two blue-chip occupiers in the shape of legal giants Brodies and Pinsent Masons.

The development features eight floors of open plan office space. Features include a private courtyard for dropping off and picking up, as well as landscaped gardens. The building will also boast shower and locker facilities for cyclists and runners and 24-hour manned security, while a 110-space public car park is being created as part of the works.

Dougie Peters, MD of BAM Properties commented, “It’s an exciting milestone for Edinburgh as the city has had a shortage of speculative Grade A accommodation for the last few years which it needs to remain competitive with other UK cities. Capital Square’s unrivalled location has undoubtedly been a major factor in attracting two of Scotland’s most prestigious law firms, both of whom are expanding, and need a quality environment surrounded by terrific amenities to support their staff.”