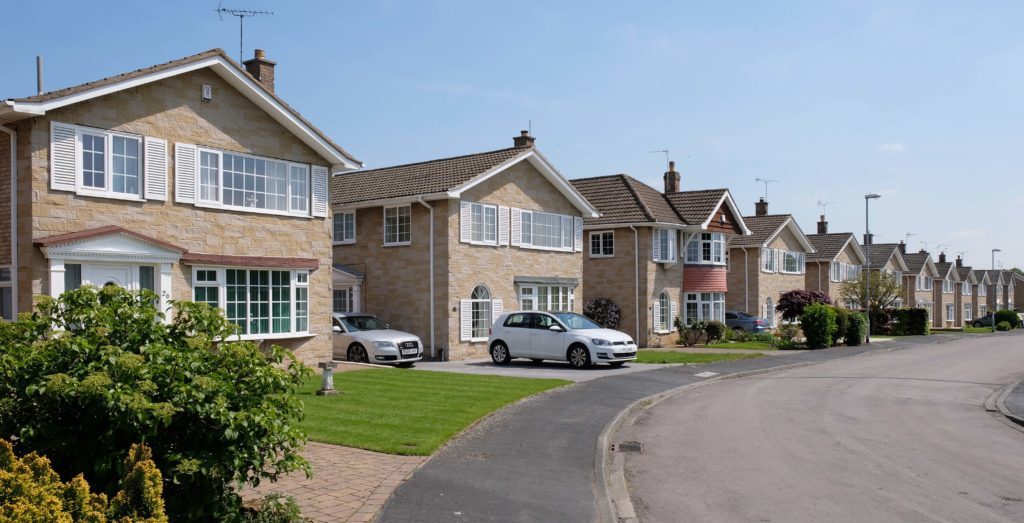 THE uptake of energy efficiency measures such as loft and wall insulation must be accelerated for domestic housing if the UK is to meet its legally binding climate change targets. This is an unambiguous conclusion of the recently published Committee for Climate Change Report “UK Housing: Fit for the Future”.

The report pulls no punches, stating that the majority of homes in the UK are unfit for the challenges of climate change and its contribution to global warming and that the performance of housing is an issue that needs to be addressed as a matter of urgency.

It should also be noted that over 60% of our current housing stock was built pre-1960 when little thought was given to heat-loss prevention. Energy costs were low and coal was still king, being the main source of domestic heating. Central heating systems were in their infancy and the incorporation of insulation in new-build properties only really began in the years following the oil-price shock of 1973.

Retro fitting of traditional insulation materials is a complex, time-consuming and expensive affair and one which rarely addresses the important issue of air leakage. As up to 40% of a building’s heat loss can be attributed to air leakage (what we would all understand as draughts), it is vital that air leakage is included in any programme of measures designed to improve a building’s thermal performance. Moisture vapour in the air within a building carries heat and moist humid air can support up to 4,000 times more heat energy than dry air. As air leaks out of a building it carries this moisture vapour and with it, heat.

For new-build properties, maximum permitted air leakage figures vary considerably. In Ireland, it is proposed that the maximum permitted air leakage is reduced from seven to five (7-5cum/m2/h). In England and Wales is remains at a staggering ten, with Scotland at seven. Clearly there is lots of work to be done to improve matters on the home front.

The best way to increase the energy efficiency of a building is not just a matter of reducing U values as required by Building Regs, but rather to combine U value reduction with an air barrier – creating a “sealed box” effect to reduce air (and heat) leakage to a minimum.

Traditional forms of insulation – mineral fibre and rigid-board type materials – are relatively inefficient in sealing the box, in that they cannot completely fill all voids or seal the interface between the insulation and the building structure. Nor can they cope with small structural movements which will often lead to air-leakage gaps, particularly in difficult to treat situations where access is poor and/or when voids are of complex geometry. This can lead to cold bridging and thermal by-pass, with the consequent risk of localised condensation and inevitable dampness.

Air leakage can be eliminated by the introduction of an air barrier but must be installed with great care if it is to perform as desired. It can also add considerably to installation time and costs, particularly in retrofit applications.

The modern alternative is a fully breathable, open-cell spray foam insulation, which is applied using a pressurised gun system. Here, foams are applied as a two-component mixture that come together at the tip of a gun forming a foam that expands 100-fold within seconds of application, sealing all gaps, service holes and hard to reach spaces, virtually eliminating cold bridging and air leakage.

When selecting which spray applied insulation to use, it is important to understand a number of factors: Unlike the urethane foams of 20 years ago, modern spray foams such as Icynene FoamLite use water as the blowing agent. This means that the reaction between the two components produces C02 which causes the foam to expand. As FoamLite expands, the cells of the foam burst and the CO2 is replaced by air. Consequently, from an environmental perspective, Icynene has a Global Warming Potential of 1 and an Ozone Depletion Potential of 0. Nor does Icynene emit any harmful gases once cured.

Modern spray foam systems are also formulated to create an “open cell” composition. Open cell foams are extremely vapour open and will allow moisture vapour to pass freely through it allowing the building to breathe naturally. Open cell foam will also not soak up or “wick” water.

This new generation of spray applied insulation products, when professionally applied by experienced contractors, can result in near zero air leakage through the building envelope. In fact, Icynene has been shown to achieve air tightness standards exceeding those of the world reknown Passivhaus system of construction.

Clearly, reducing heat loss in our existing housing stock will make a significant contribution to lowering carbon emissions. There are over 25 million homes in the UK, a large proportion of which have seen no improvement to their thermal performance over their lifetime, so improvements made through a combination of better insulation and reduction of air leakage will result in lower energy consumption and therefore help achieve the overarching goal of slowing the rise of global temperatures.