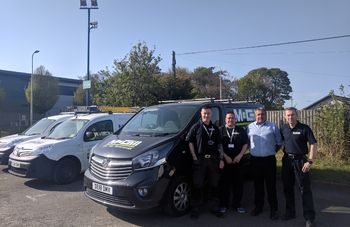 Dundee was announced as the first real living wage city in the UK earlier this year, with over 50 employers in the city pledging to pay the living wage. McGill now become the latest employer on that list, with all of its employees over the age of 18 receiving a minimum of £9 per hour.

McGill owner and CEO, Graeme Carling, commented, “McGill has always been a company that supported its people and the decision to introduce the real living wage was a simple one. Our company only employs the best individuals and I need them to be focused on the task in hand, not worrying about whether they can pay their bills.

“I am a strong believer that to attract the best people and grow your business, you need to pay accordingly, so this makes sense from a business point of view first and foremost.”

“We are a movement of over 1500 Scottish employers who together want to go further than the government minimum to make sure that all their staff earn enough to live on. We have lots of smaller employers as well as larger and iconic Scottish employers like SSE, Standard Life, Barrs, Mackies, ScotRail, D.C. Thomson and many more.

“These businesses recognise that the Living Wage accreditation is the mark of a responsible employer and they, like McGill join us, because they too believe that a hard day’s work deserves a fair day’s pay.”