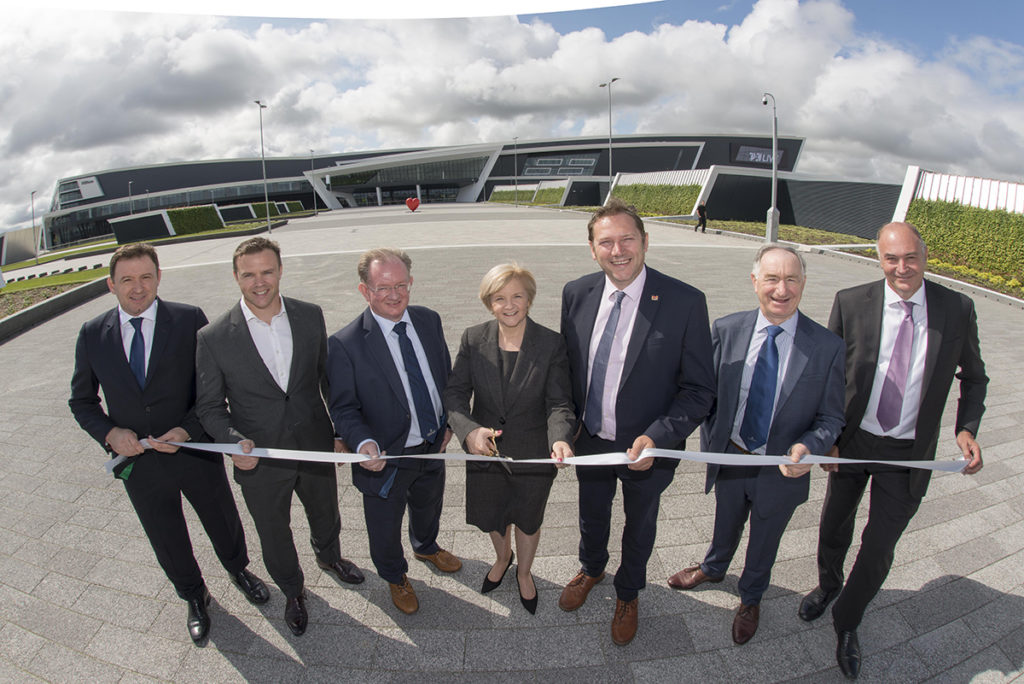 CONSTRUCTION work has been completed at The Event Complex Aberdeen (TECA).

The £333 million facility, which includes the P&J Live arena and two on-site hotels, has officially opened its doors this week. The project was a joint venture between Aberdeen City Council, Henry Boot Developments, and main contractor Robertson.

Construction started in August 2016 to deliver a 15,000 capacity arena, which will host conferences, exhibitions and music concerts. Along with three further conference and exhibition halls, the site features a 200-room Hilton and a 150-room Aloft hotel.

The complex has been tipped to contribute an additional 4.5 million visitors, £113 million of visitor spend and £63 million net Gross Value Added to the Scottish economy over 10 years. More than 350 full-time jobs will also be created by year 10 of operations.

Several test events are now scheduled for the venue ahead of the Offshore Europe conference and exhibition beginning on 3 September.

Bill Robertson, founder and executive chairman of Robertson said, “The Event Complex Aberdeen (TECA) is a staggering accomplishment and one that we have been thrilled to play a major part in. As a company with roots in the north east, it has been a genuine privilege to lead the construction of a complex which will benefit the region for generations to come. It has been a pleasure to deliver the transformational vision of Aberdeen City Council and Henry Boot Developments.”

Ed Hutchinson, MD at Henry Boot Developments added, “Everyone at HBD is immensely proud to have been involved with this iconic build alongside Aberdeen City Council and main contractor Robertson. The doors of this truly world class event, hospitality and exhibition space will open to the public on Saturday and it will be hugely satisfying to see their reactions as they get their first glimpse of this new entertainment venue.”

Aberdeen City Council co-leader councillor Jenny Laing commented, “The official opening represents an important day not only for Aberdeen but for the region and the country as we launch a venue which will have truly global reach. The completion of a project of this scale, just three years from when the first turf was cut, is a great achievement for the Council and our project partners. It is important to recognise the contribution of all those who have worked so hard to bring the complex to fruition and to place on record our thanks to the teams and individuals who have delivered this landmark development.

“P&J Live will attract major artists, conferences and events to the region. It will serve the residents of the city as well as attracting delegates and tourists from home and abroad as a central strand of our Regional Economic Strategy and its key aims of increasing diversification, internationalisation and inclusive economic growth. It is an incredibly exciting period, with many new chapters in Aberdeen’s story being written, and today is the most significant part of what is an unprecedented programme of transformation throughout the city.”

Project challenges included the east end of the site being located immediately below a flightpath, the demolition of existing buildings as part of the enabling package, the diversion of an existing watercourse, and the re-routing of major utilities.

One of the main features is a modular energy centre, which makes use of advanced CCHP (combined cooling, heat and power) technology. The centre will serve the energy requirements of both the hotel and the main TECA building.