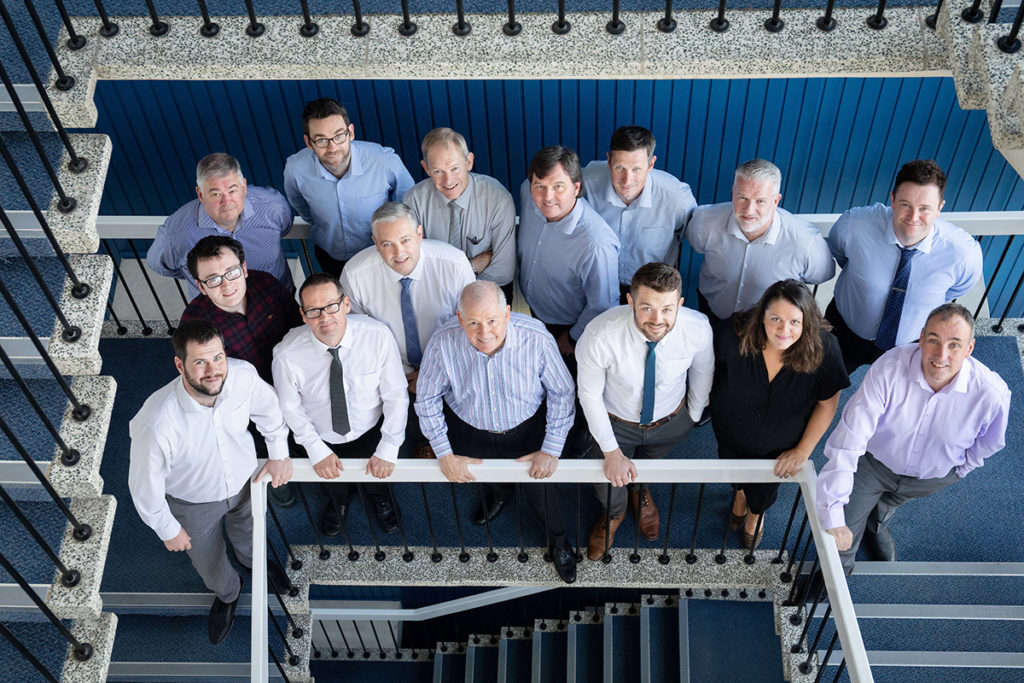 100% of the shareholding has been transformed to an Employee Ownership Trust, resulting in 15 employees now owning a stake in the business.

Grossart Associates provides design and project management services. The consultancy was founded in 1985 by Bill Grossart. In 1993, Bill formed a partnership with John MacDonald and Grossart Associates relocated from its original office in Giffnock to its present location in East Kilbride. The firm became a limited company in 2002 with Bill and John as equal shareholders and directors.

Planning ahead for their eventual retirements, the duo wished to put in place a suitable business succession plan. The directors learned about employee ownership in 2017 when a mutual contact put Bill in touch with Carole Leslie of Ownership Associates, which offers guidance on the business model on behalf of Co-operative Development Scotland.

After consulting with fellow director Hector Munro, discussions and workshops on employee ownership were introduced, as well as a series of group and individual staff meetings.

The process of setting up an employee ownership trust – a means of enabling staff to take over ownership of a business without having to invest their own money in its purchase – was then initiated, with financing being secured from Stuart Brown and Tom Every at Barclays Bank. The transition was supported by legal services provided by Ewan Regan at Anderson Strathern and accountancy and financial services from Kenny McAllister at McAllisters, Chartered Accountants.

Bill explained, “Right from our very first discussions with them about the possibility of transitioning to employee ownership, our team were really open to hearing about the idea, and after they’d learned about the potential benefits as well as the positive impact EO has had on so many forward-thinking businesses, they really embraced the concept and were completely supportive of making it happen.

“We all believe employee ownership will be a catalyst for enhancing the consultancy and taking it on to bigger and better things. As equal partners and beneficiaries of the business’s success, each member of the team has a chance to shape its future and a vested interest in ensuring it capitalises on every opportunity to achieve excellence.”

John added, “We’re all really excited by what lies ahead for Grossart Associates and Bill and I are very pleased that our involvement will continue so we can support the team by offering them advice and the benefit of our experience until it’s time for us to retire and take our leave.”

There are now around 110 employee-owned companies operating in Scotland.