Home News Heads up for work to begin on first Virgin Europe hotel in... 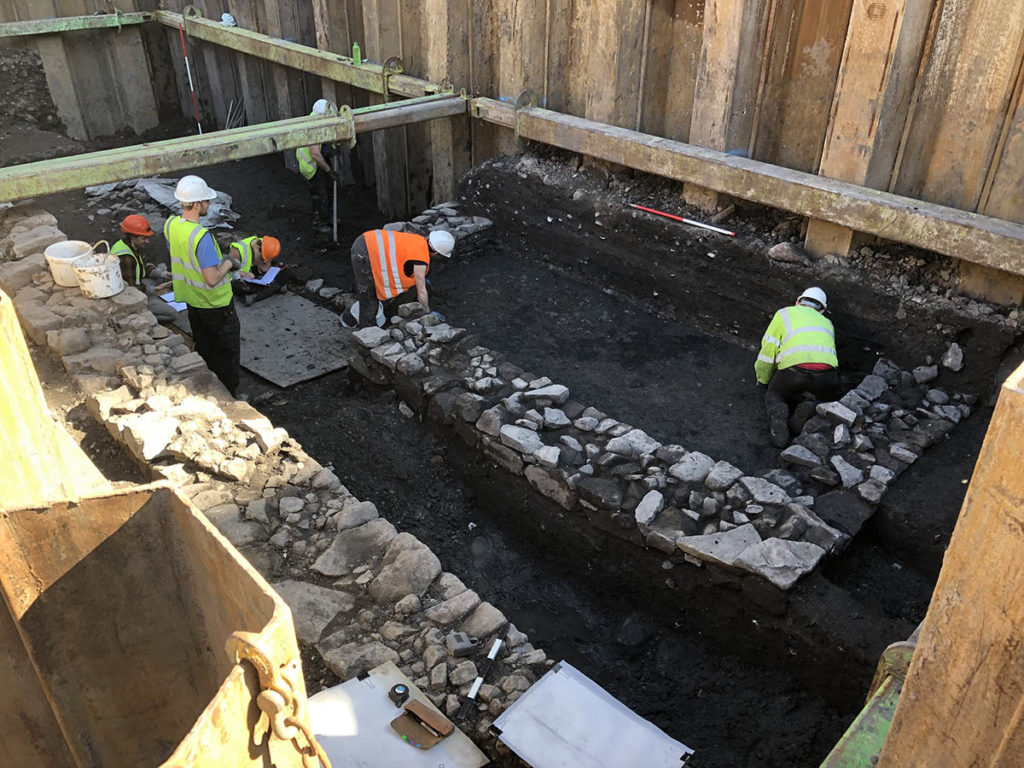 A human skull amongst other finds dating back to the Bronze Age have been dug up on the site of the soon-to-be-built Virgin Hotel in Edinburgh.

Construction of the first Virgin hotel in Europe can now begin, after work was previously deferred to allow for archaeological surveys to be undertaken on the site in Edinburgh’s Old Town.

The project was undertaken by AOC Archaeology, CgMs and city archaeologist John Lawson. Lawson described the finds as being “of national importance and one of the most significant medieval archaeological excavations undertaken recently in Edinburgh”.

The finds include a series of ditches and walls which marked the boundary of Medieval Edinburgh; large quantities of leather from the Medieval ages; Medieval rubbish pits and wells; stones, shoes, textiles, tools, knives, jewelry and clothing; a costrel – which is a traditional early drinking bottle made of leather; a 13th century cannon ball and a human skull believed to be from the 16th or 17th century.

The hotel, which Virgin promises will be a ‘stunning mix of old and new’, is due to be opened in 2021 on Victoria Street in the Scottish capital. Virgin Hotels’ CEO, Raul Leal, said, “We always knew that India Buildings was a special place and a very special development for Virgin Hotels, though I’m not sure we could have guessed just how amazing it really is. A unique insight has been gained into life in Edinburgh and the city’s development over nearly 1,000 years. We appreciate the support and help the experts at CgMs, the city archaeologist John Lawson and the council over what has been a forensic examination of the location.

“While we’ve been keen to get on with the India Buildings development, we know how important it is to take advantage of an opportunity like this to shine a light on the lives and history of the city’s earliest residents and communities. Virgin Hotels is proud to have played a part in work of such national importance. We look forward to continuing to work closely with the city through to the hotel opening, and we will look at ways we can inform our guests of the rich history beneath the rooms in which they will sleep.”