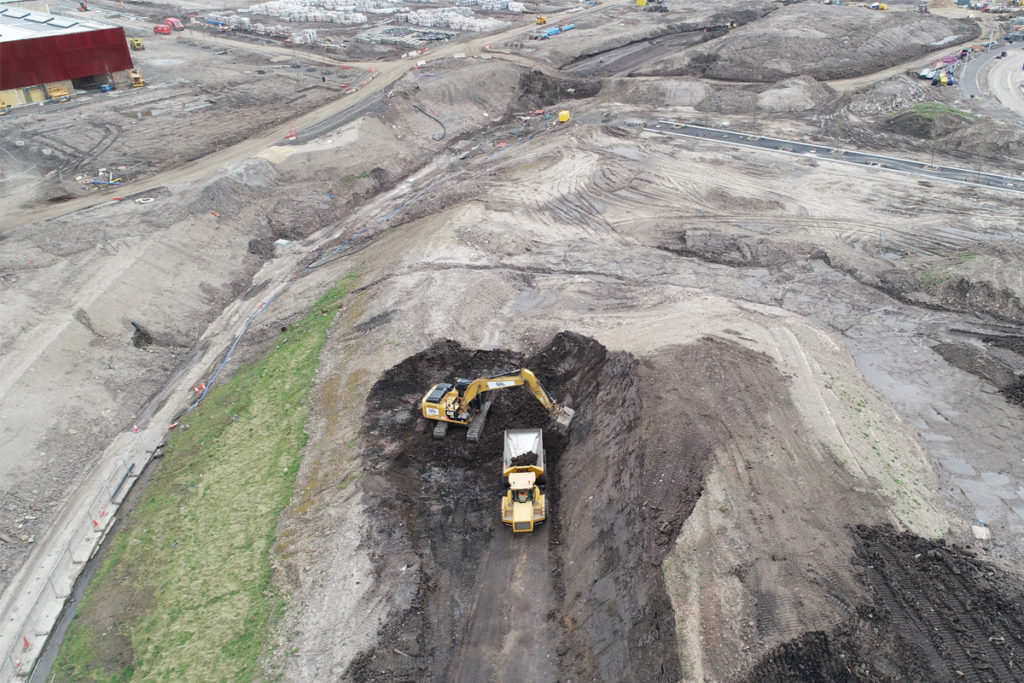 The overall project has plans for some 860 new homes, a school, shops and a pedestrian bridge into the city centre. Most of the site has already been remediated, with GDL now responsible the areas referred to as the GAP sites. These were not part of the initial remediation contract due to the presence of buildings such as a church and schools, which have now been demolished.

Working in line with engineering consultancy SWECO’s remediation strategy and under their instruction on-site, GDL has been tasked with remediating the outstanding areas.

The programme of works is expected to run for 28 weeks and will include excavation of contaminated materials; screening and picking of deleterious materials to retain as much material on-site as possible; modifying site-won materials where possible to alter their geotechnical and geo-environmental properties to allow them to be reused on-site; and exporting non-hazardous materials off-site where deemed unsuitable for site reuse.