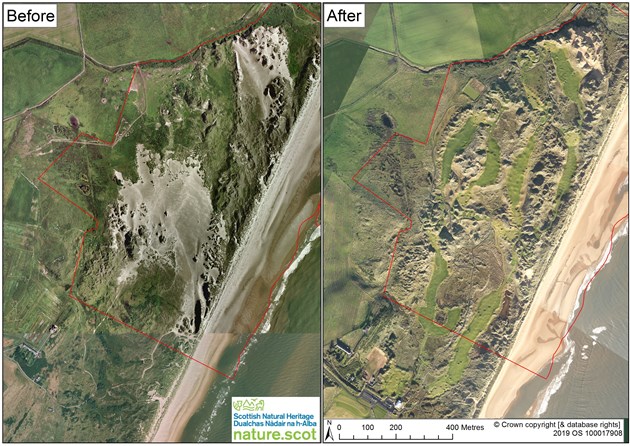 THE site of Donald Trump’s Aberdeenshire golf course could lose its status of being a nationally important protected wildlife site, after it was found habitats were ‘severely’ damaged during construction of the course, according to a public body.

Scottish National Heritage conducted a scientific investigation into the Menie Estate which hosts the Trump International Golf Course and found a third of habitats had been damaged, with the rest being ‘significantly fragmented’ and ecological processes disrupted.

A three-month consultation will now begin to decide on whether or not the area will remain a Site of Special Scientific Interest (SSSI).

Sally Thomas, director of people & nature at Scottish National Heritage, said, “The denotification of SSSIs is unusual, however in this case we have found there is no longer a reason to protect the dunes at Menie as they do not include enough of the special, natural features for which they were designated.

“We work with developers across Scotland to ensure habitats and wildlife are protected when development work is undertaken. Most of the time, development can take place without damaging important natural features, but this was not the case in this instance.”