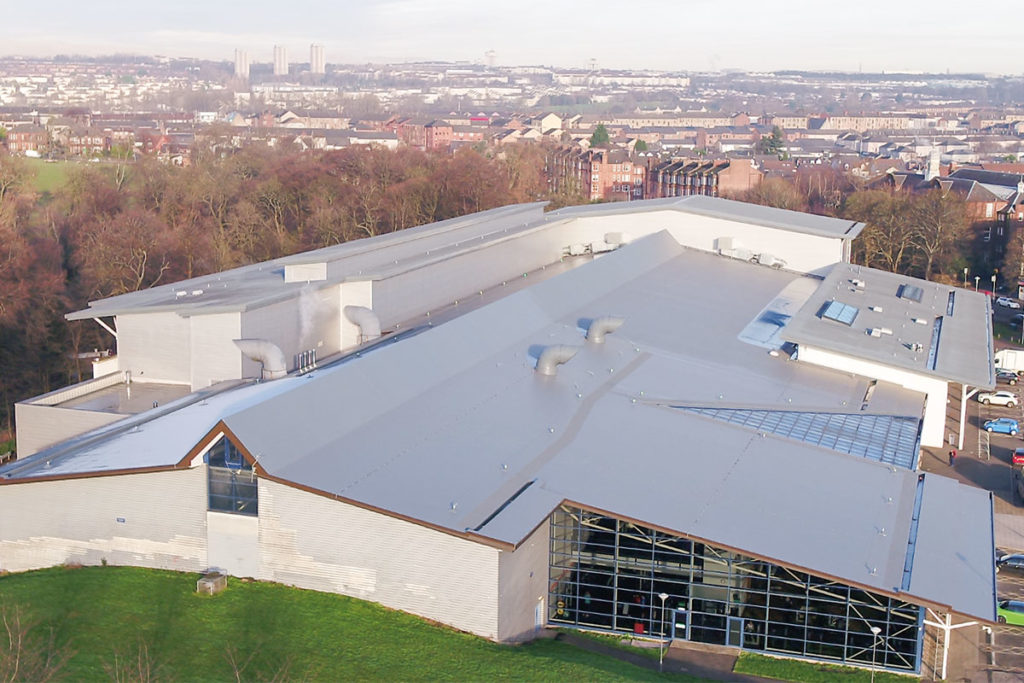 OWNED by Glasgow City Council and operated by Glasgow Life, Tollcross International Swimming Centre has been the venue for a number of high-profile swimming contests, including the 2014 Commonwealth Games and the IPC Swimming World Championships the following year. With two 50m Olympic-size swimming pools and a range of dry sports facilities, it provides a world-class sports venue and leisure facility for local residents.

The original built-up aluminium roof system had reached the end of its service life, leading to a roof upgrade with a new warm roof build-up from Sika Liquid Plastics. The project formed part of a wider programme that also included an internal refurbishment of the pool area.

The roofing project was planned as a two-phase refurbishment. Although the pool was closed during phase 1, the rest of the building stayed open for public use throughout both phases. As a result, it was ‘vital’ to use a low-odour roofing system.

Danny Quinn, area technical manager at Sika Liquid Plastics explained, “Liquid Roofing systems offer a robust and flexible alternative to traditional materials. It’s important to specify the right cold-applied membrane for the project, however, both in terms of compatibility with the substrate and in terms of suitability for use in a live environment. With its low-odour formulation, extended service life and compatibility with virtually any substrate, Decothane Ultra has become a popular choice for the refurbishment of buildings that need to remain in use during the works.”

The specification had to ensure that the roof build-up could both protect the building from water ingress and cope with condensation within the pool room. 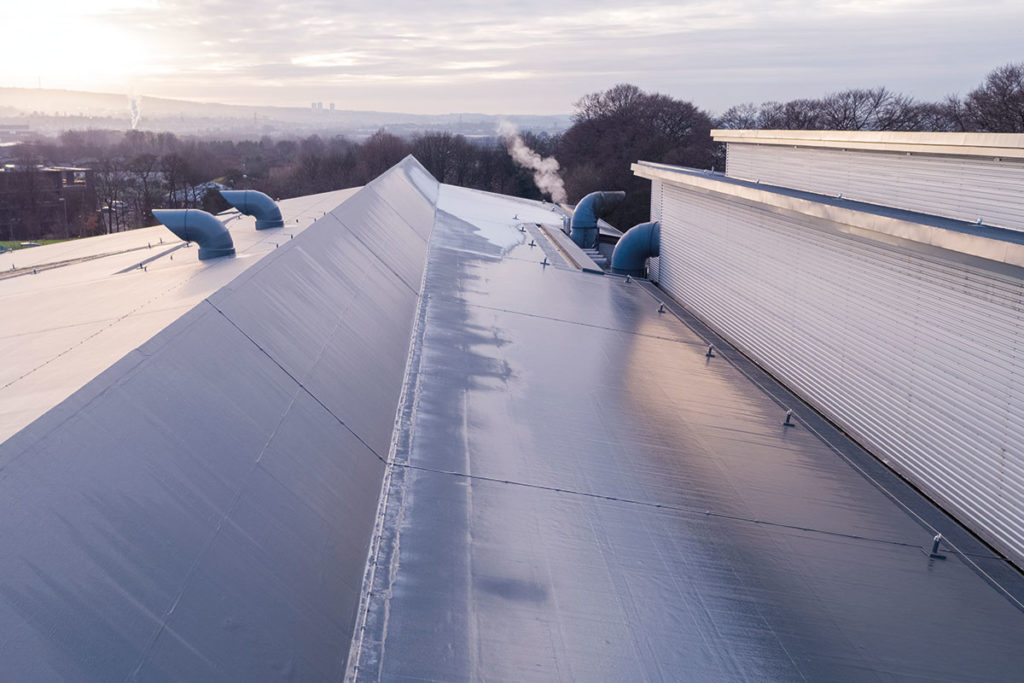 Danny added, “It was clear that, historically, water ingress and condensation from within the building had caused the existing insulation to perish. Consequently, specification of the new roof system needed to ensure that moisture could not compromise the service life of the new roof, which is fully-guaranteed for product performance and workmanship for 20 years.”

Sika Liquid Plastics’ Quality Assured (QA) contractor, Group Tegula was appointed to carry out the roof refurbishment project. Due to the effects of water ingress on the original insulation, the roof was stripped out to the lower aluminium deck, the roof substrate was prepared and an acoustic insulation layer was installed. Sika Liquid Plastics’ Primer 610 was then applied to each section of the roof, followed by an S-Vap 5000 air and vapour control layer (AVCL).

Danny said, “Installation of the Sika Liquid Plastics S-Vap 5000 AVCL was a critical element of the roof build up as this will protect the new insulation layer from moisture ingress due to condensation in the pool area.”

Installation of 140mm of Decotherm insulation was followed by a further layer of S-Vap and the Decothane Ultra low-odour, cold-applied liquid system, achieving thermal improvements to the roof, with a U-value of 0.17.

Following completion of both phases of the refurbishment programme, Group Tegula installed a non-slip maintenance walkway on the roof, along with a static line system. The roof’s lightning protection was also amended and a new grid system was installed and connected to earthing points.