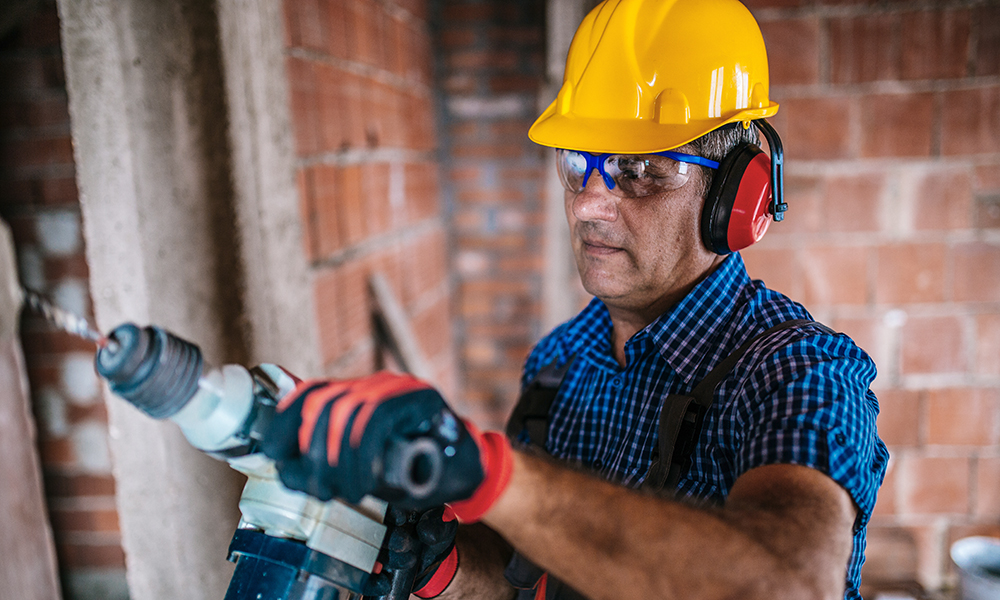 NEW technology which claims to detect early warning signs of tinnitus for people working in high-risk environments, such as construction sites, has been developed by a UK-based engineering and design consultancy.

According to Plextek, the technology could provide early diagnosis and treatment for the debilitating hearing condition, where a person can hear sounds come from within their body including buzzing, humming and whistling.

The technology is described as accurately monitoring subtle changes to auditory evoked potentials (AEP) – a signal sent from the brain by an acoustical stimulus that measures an individual’s auditory ability level.

It can be integrated into both standard commercial headphones and industry standard noise prevention headsets to ‘reliably’ detect the early signs of tinnitus, before symptoms become apparent. It could also be synced to a smartphone app and used to alert the wearer of potential problems and encourage early medical help or preventative action, Plextek said.

Dr Nigel Whittle, head of medical & healthcare at Plextek said, “Daily we are besieged by a cacophony of sounds: background noise from bars, roadworks, gyms, personal music players, shops, public transport. All of these sounds can contribute to hearing loss and related disorders such as tinnitus.”

“Studies have suggested that up to one in four adults may suffer from hearing damage, so it is no wonder that the World Health Organisation (WHO) has described background noise as ‘an underestimated threat’. Hearing loss is both irreparable and preventable and has a huge impact on both personal health and economic activity.”

He added, “Not only does it cost the UK an estimated £18 billion in lost productivity, but also the UK insurance industry pays out over £70 million a year in hearing-related claims. Early detection of hearing disorders, and measures to limit workers’ exposure to loud noises, will reduce the personal and economic impact of these conditions.”