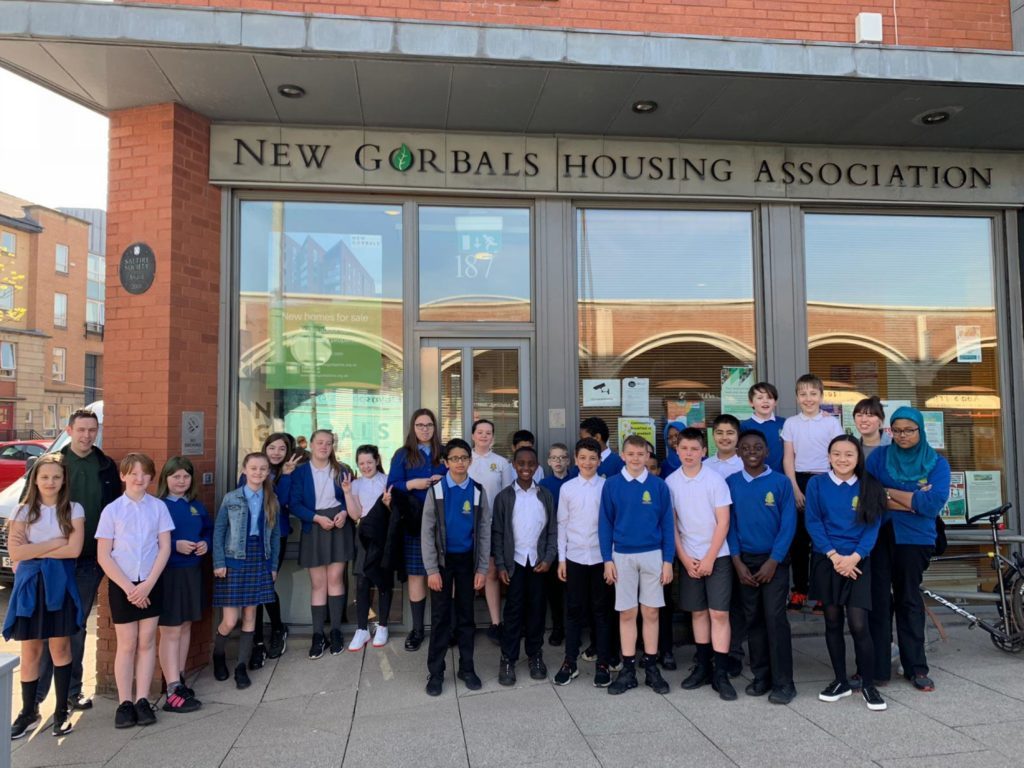 GLASGOW pupils have been given the opportunity to learn about careers in construction during a trip to Laurieston Living, a regeneration area in the Gorbals.

More than 30 primary seven pupils from Blackfriars Primary discovered what life is like on a busy site and the variety of roles on offer.

Developed by housebuilder Urban Union, Laurieston Living is a community which is continuing to grow. With community engagement described as a ‘key element’ of Urban Union’s approach, a formal partnership has been put in place with Blackfriars Primary which will see quarterly site visits from pupils.

Neil McKay, MD at Urban Union said, “Blackfriars Primary is the closest school to our Laurieston Living development and it is hugely important for us to engage regularly with the pupils there. We wanted to show them how the everyday subjects they are taught in school – like maths – come in handy later in life. It was fantastic to see so many pupils at the site and I am sure a few of them will now be interested in a career in construction, while also learning more about the work we are doing and how it is benefiting the wider community.”

In Phase 2, Urban Union is building 173 private for sale homes. This latest phase is expected to complete by August 2021.