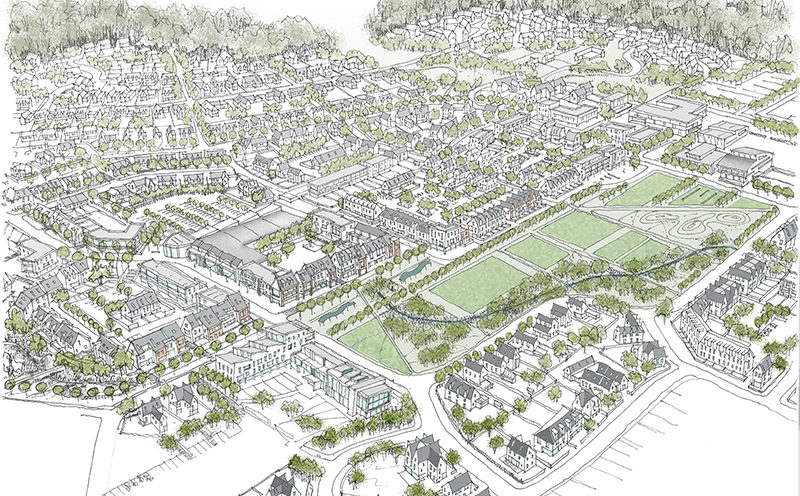 THE developer’s behind the £1 billion Countesswells development in Aberdeen believe the community is ‘perfectly placed’ to pilot digital healthcare.

A new inquiry into the future of primary care in Scotland was recently launched by MSPs on the Health and Sport Committee, which calls on people to outline their hopes for the next generation of care, including the possibility of digital consultations with GPs and other health and wellbeing providers.

Countesswells Development Limited (CDL) has taken the decision to future-proof the community by installing what it describes as the ‘very best’ fibre optic network at the same time as other services such as gas, electricity and water were being installed.

As a result, Countesswells residents will have immediate access to the UK’s fastest broadband speeds, said to be 35 times faster than the national average, when they move in.

Countesswells project director, Jim Fitzsimons explained, “With this level of digital connectivity, our community is ideally placed to trial innovations such as digital consultations with GPs.

“When we decided to provide hyperfast broadband to the site, it wasn’t just about offering a differentiator to new homebuyers, it was about creating a truly digitally networked community. We have a place-making team with Aberdeen City Council which is centred around taking a different approach to building a new community. We are not simply deciding how and when the schools and community facilities will be delivered but considering how they can collaborate, integrate and connect with the people they serve digitally to meet future needs.”

Countesswells entered into a partnership with internet service provider, Grain in 2017, which led to the installation of the fibre optic cabling to deliver ultrafast broadband and a data centre which contains advanced networking capability to turn the community’s network into an intelligent integrated network.

Rich Robinson, managing director of Grain said, “To reduce digital poverty and exclusion in an increasingly digital world, we have to make reliable broadband accessible and affordable. By installing the fibre optic network and building a data centre on site, from the out-set, CDL has effectively made it easier and cheaper for people to access reliable, fast speeds.

“When the NHS and a surgery come on site, they will have the ability to plug in and go, using the existing network. But of more importance, is that with the connectivity and the data centre on site, data does not have to travel to a local exchange and then a national one before being received. It is simply sent to the data centre and then directly to the recipient within Countesswells. We can therefore have a community network which does not require internet connection – residents just need a mobile device. There is then no cost to using the network to link up with their surgery, their school, their library – even their local shops and their neighbours – whilst remaining completely secure.”