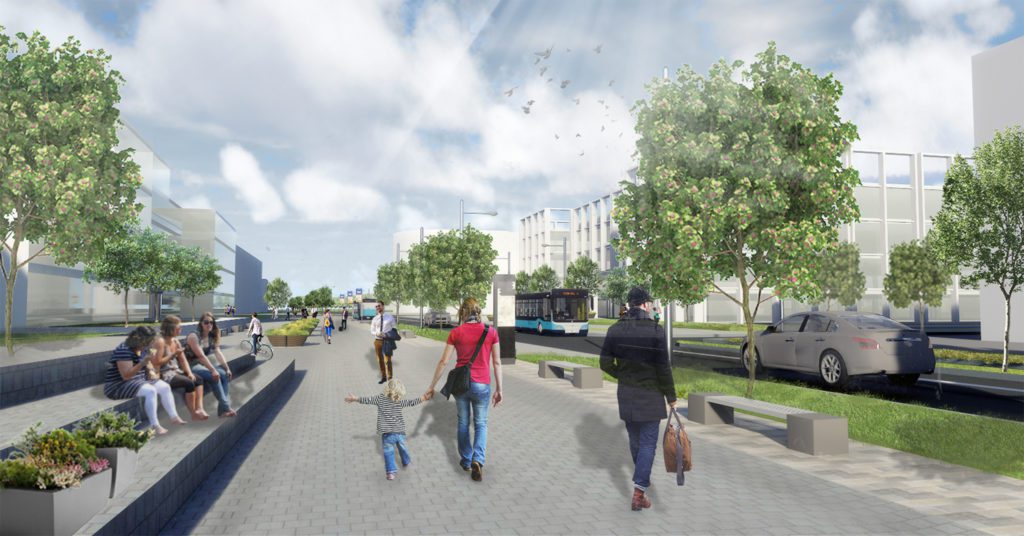 MORE than 6,500 jobs could be created and around £360 million per year generated for the local economy, following the approval of revised plans for the Ravenscraig Infrastructure Access (RIA) project by Glasgow City Region councils.

North Lanarkshire Council has approved further capital funding of £29.7 million for the RIA and the Glasgow City Region cabinet allowed City Deal funding to be reprioritised for the project.

The RIA forms part of the wider Pan-Lanarkshire Orbital Corridor, which will see new and upgraded roads from the M74 at Motherwell, through Ravenscraig to the M8 at Eurocentral, onwards past Airdrie on a new link road to the A73 south of Cumbernauld.

Councillor Paul Kelly, depute leader of the North Lanarkshire Council said, “The regeneration of Ravenscraig is of major strategic and economic benefit to our communities.

“The £201 million Pan-Lanarkshire Orbital project represents the biggest single roads and infrastructure investment in North Lanarkshire’s history, and our focus must be on those projects that will attract investment to the area and be of the greatest economic benefit to our communities.

“Channelling our resources into creating a first-class infrastructure at Ravenscraig will bolster future investment from the private sector to create home, business and job opportunities – potentially creating 6,500 jobs and generating £360 million in Gross Value Added (GVA) for the local economy. It’s vital that we focus on those projects that offer the best return on investment for our communities, our economy and for the future of North Lanarkshire.”

The RIA will support the wider Ravenscraig masterplan by Ravenscraig Ltd, which aims to create over 6,500 jobs and boost the economy by £360 million per year.

The new masterplan will be considered by the council in the coming weeks and includes plans for 3,000 houses; 19,000m2 of office space; 63,000m2 of industrial space; 30,000m2 of retail space; five primary schools and associated nursery provision; extension to the Ravenscraig Regional Sports Facility; and a new seven-hectare town park.

Scottish Secretary David Mundell said, “This is very welcome news and it is great to see good progress being made to the Glasgow City Region Deal. The UK Government has committed more than £500 million to the deal with an ambitious goal of creating jobs and opportunities and stimulating long lasting growth for local communities.

“This project has the potential to transform Ravenscraig and will help to attract significant private sector investment to bring new homes and businesses to the site. The UK Government is funding vital projects right across Scotland and to date have committed more than £1.35 billion to City Region and Growth Deals.”

Scottish Government Infrastructure Secretary Michael Matheson added, “The Scottish Government has committed to invest £500 million in the Glasgow City Region Deal in pursuit of long term, sustainable economic growth. I am pleased to see North Lanarkshire Council and the wider Glasgow City Region continue to drive this deal forward and work together in the best interests of the regional economy.”