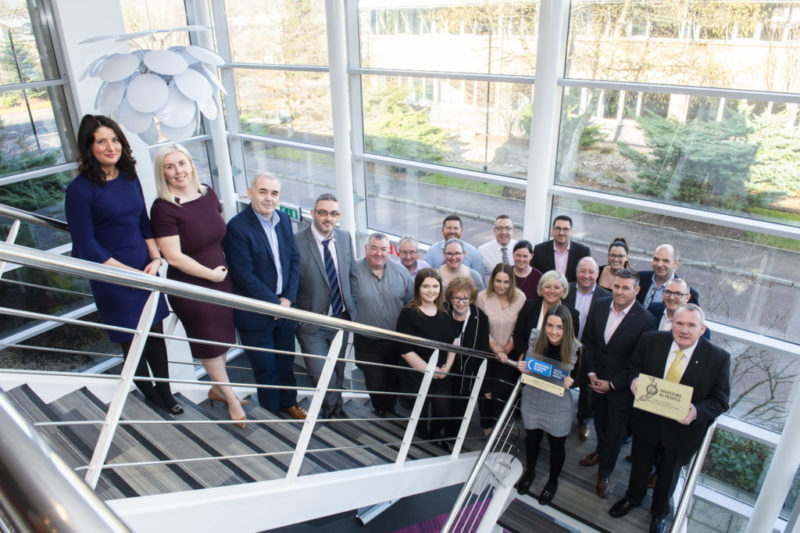 PARTNERSHIP housing developer Lovell has announced it is celebrating securing Gold Investors in People accreditation for a further three years as its new Scottish HQ was officially opened by local MSP Richard Lyle.

Located at Strathclyde Business Park, Lovell’s Scotland team moved into the new offices late last year and invited the Uddingston and Bellshill MSP to officially open the premises at a special ceremony.

The move follows the appointment of Sarah Fenton as new regional commercial director for Lovell in Scotland. Lovell also revealed recently that David Ward would take on a newly-created position of managing director for the north.

Richard Lyle MSP said, “It’s a great pleasure to have been invited to officially open these new offices and I’d like to extend a warm welcome to Lovell Scotland as they move into Strathclyde Business Park. I wish them every success for the future as they settle into their new home. It’s also great to see them winning Gold accreditation once again from the Investors in People scheme. It’s testament to the great efforts they’ve clearly made to manage and support the Scottish team.”

Lovell Scotland interim MD Kevin McColgan added, “My thanks go to Richard Lyle for agreeing to come along and cut the ribbon at this official opening ceremony. We are looking forward to seizing new opportunities to further develop the business in the months ahead. That can only happen with the dedication and hard work of our Scotland team which is why I’m so pleased that we’ve been able to secure Gold accreditation from Investors in People for another three years.”