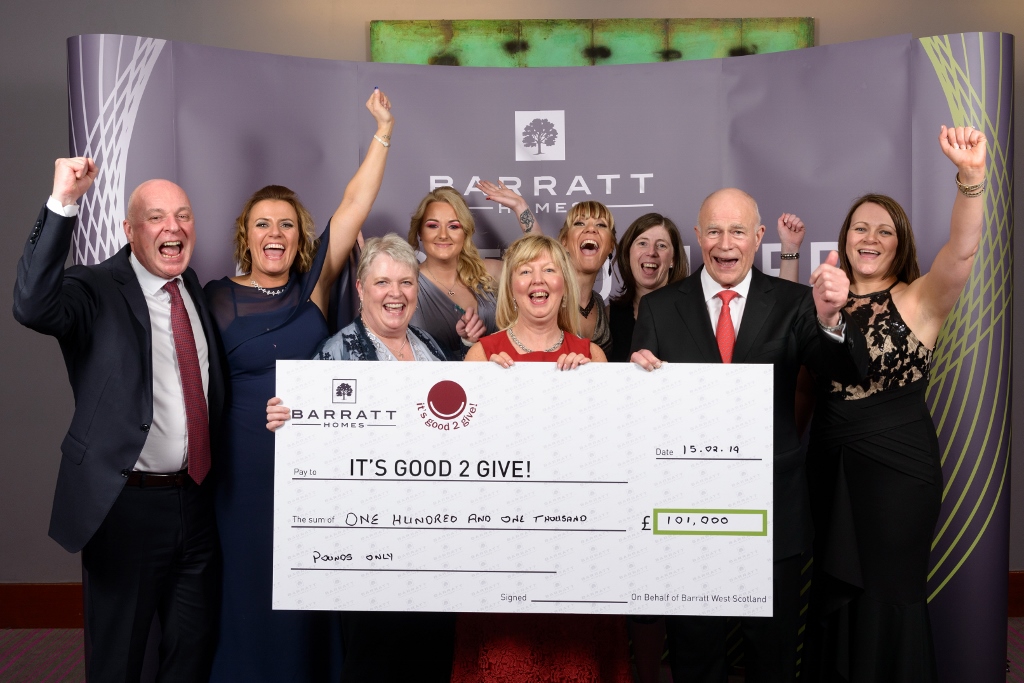 An audience of 576 people donated funds to allow children and young people with cancer to enjoy a family retreat in a sanctuary at Loch Venachar near Callander.

The event at Glasgow’s Radisson Blu Hotel was for It’s Good 2 Give, The Ripple Retreat – an organisation that has been working for the last nine years to establish its short-break facility.

Lynne McNicoll, co-founder, It’s Good to Give, The Ripple Retreat said, “Once again we are absolutely stunned with the generosity of this donation. It’s an incredible sum of money to receive from Barratt Homes and it will go towards a couple of ongoing projects as well as the general upkeep of the facility itself. We would like to thank Barratt for their ongoing support and are thrilled to continue working with them.”

David Scott, managing director, Barratt Homes West Scotland added, “When we heard about the amazing work Lynne and Ian McNicoll at The Ripple Retreat were doing we had to get involved. The facility they have created is incredible and I hope that our support will in turn raise their profile further to encourage other businesses like ours to give to this amazing cause. I am humbled to think that our charity dinner will help bring respite to families across the country during an incredibly difficult time in their lives.”