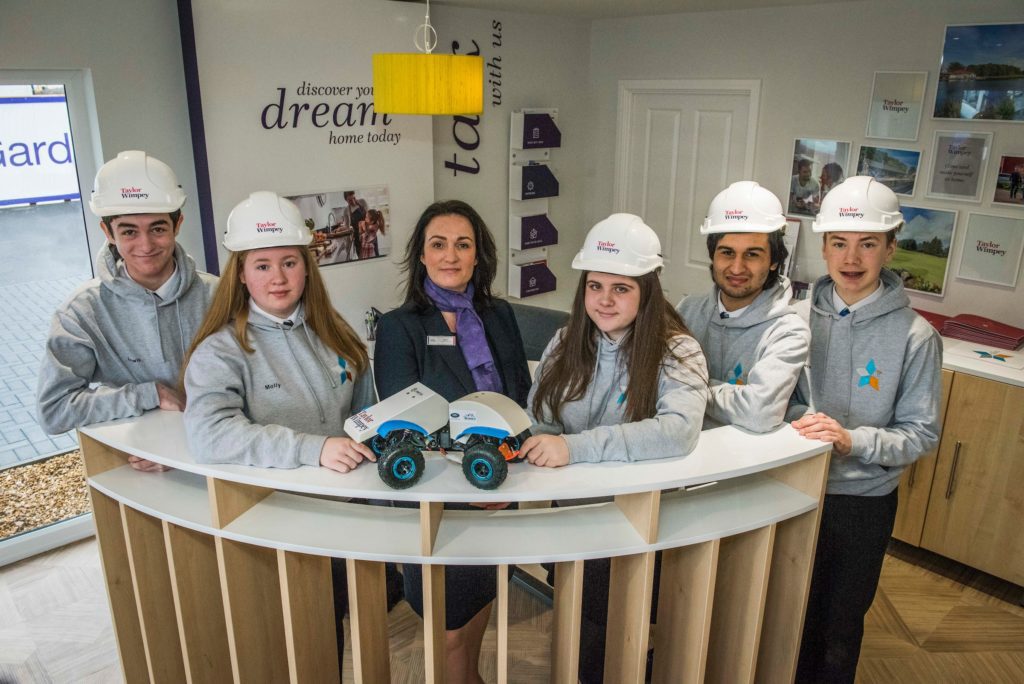 Highlighting the importance of STEM subjects and their contribution to the housebuilding industry is an area of focus for Taylor Wimpey. Kirsty McGill, head of Sales for Taylor Wimpey West Scotland explained, “When you consider the importance of the STEM subjects across a number of areas of our business, it’s crucial that we play our role in inspiring children to enjoy these subjects in order to future-proof our industry.

“Sponsoring Team Docs and promoting their involvement in such a prestigious competition, helps us to bring STEM to life, and hopefully we can encourage more children to have fun with these subjects so they become part of their DNA.”

The next round of the competition will be hosted on 6-7 March at the British Motor Heritage Museum in Oxfordshire, where students will be tasked with designing, analysing, making, testing and racing a scaled remote controlled four-wheel drive vehicle that can traverse a specially designed off-road course, complete with hills, tunnels, rock crawls and water dips.

The teams will join around 20 other teams of secondary school pupils from across the UK for the competition. Both Woodfarm High School teams secured their positions in the final following the Scottish regional final held in Livingston in December, where Team Docs were crowned Scottish champions for the third year, and The Doclettes secured enough points to qualify alongside them.

Dr Simon Hadfield, principal teacher of science at Woodfarm High School added, “We are incredibly proud to have two teams taking part in the national final of the JLR 4X4 Challenge, and I’m very proud of every one of our students for getting this far.

“We’ve had several years of success with Team Docs in this competition, including taking part in the World Finals in Abu Dhabi in 2017. This year we are delighted that Team Docs was crowned overall Scottish champions, and we are equally proud of our younger Doclettes team and all they’ve achieved in their first year of competition and scoring well enough to make it through to the finals.

“These pupils are a credit to the school, to Scotland’s standing in the world, and to the future of STEM education in the UK.”