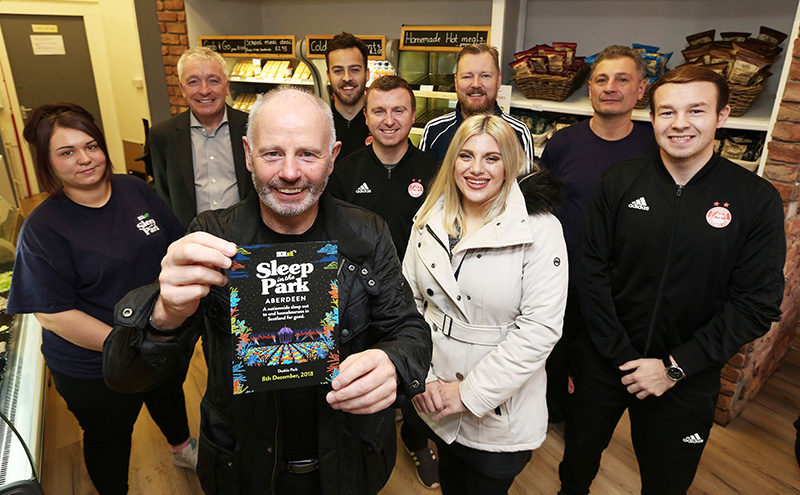 STEWART Milne Group has revealed more than 20 organisations, charities and communities have benefited from its outreach and volunteering campaigns over the past year.

Thousands of man-hours and over £100,000 has been directed into projects ranging from community gardens and Christmas festivals to the building of new homes in Kenya.

The Stewart Milne Group was also ranked top of Social Bite’s fundraising table for the Sleep in the Park event. Stewart Milne, alongside colleagues from the group’s Aberdeen, Edinburgh and Glasgow offices, participated in the world’s largest sleep out to help end homelessness in Scotland. The group raised in excess of £20,000.

Josh Littlejohn, co-founder of Social Bite said, “I would like to extend a huge thank you to the team at Stewart Milne Group for taking part in Sleep in the Park, and I’m overwhelmed by their incredible fundraising effort. It’s humbling to see people from all across Scotland come together for one single cause, and the money raised will make a huge difference to the people in our society who need it most.”

Returning to Kenya for the second year, a team of volunteers from Stewart Milne Group travelled to Iten with the Gathimba Edwards Foundation where they built four new homes for families who were previously living in unsafe conditions.

Stewart Milne Group also raised £30,000 for Beatson Cancer Charity at their annual fundraising charity ball. This brings the total amount raised by the group for this charity over the last seven years to £200,000.

The business also raised donations for Mates in Mind – a construction charity dedicated to improving mental health in the industry – and Macmillan Cancer Support.

Local projects to benefit include the inaugural Alford Christmas Festival, the refurbishment of the exterior of Loirston Primary School in Cove, and Stonehaven Fireballs.

Stewart Milne, chairman of the group said, “It’s fantastic to see that as a business, we’ve made a positive difference to individuals, to charities and to communities. As a housebuilder, we understand the value of community whether that’s within our workplace, in the local areas we operate or on the other side of the world. I’m incredibly proud of what our people have accomplished over the last 12 months, whether it’s been pledging money, running marathons, giving willingly of their time and expertise or sleeping out in the Duthie Park in the cold.”