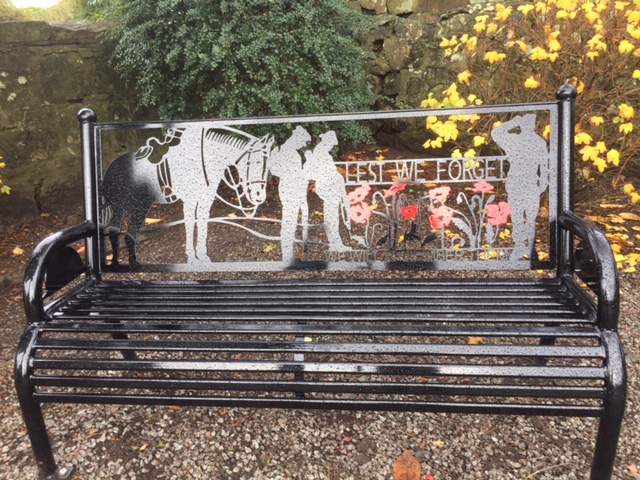 The cash was used to stage a charity concert to raise funds for a commemorative bench in the village. The concert was performed by singer/songwriter Louise Jordan, who brought her project ‘No Petticoats Here’ to Symington Parish Church. Louise’s performance, which also involved local school pupils, told the history of the many women who contributed to the war effort.

Proceeds were used to fund a bench, with a design chosen by Symington Primary pupils, which has now taken pride of place by the village’s war memorial.

Joanne Casey, director for Mactaggart & Mickel Homes said, “We were particularly happy to support Symington Community Council’s project, in this centenary year of the end of the first world war, and to be a part of their efforts in remembrance of the fallen in Symington – an area with which we have a long association.”

Jillian Mulholland of Symington Community Council added, “Symington Community Ayrshire wish to thank Mactaggart and Mickel Homes for their financial support. Through staging our concert we have been able to reconnect the stories of the fallen to today’s younger generation, and allow them the particular educational value of the contribution made by women.”