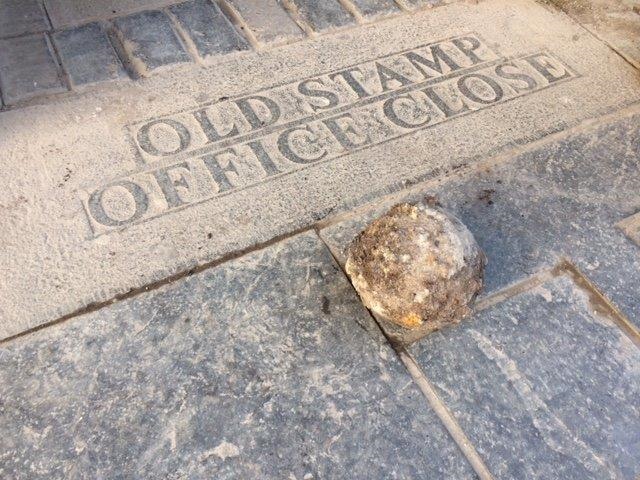 MAXI Construction has revealed that excavation work at a site at Old Stamp Office Close in Edinburgh has uncovered a number of archaeological finds, including a cannonball!

The remains of two properties demolished after the 1890s have been identified, along with a continuation of North Foulis Close that ran between the two buildings. Maxi said that following the demolition of the buildings, the area was built up to form a level courtyard. Part of the external walls of the demolished buildings were used as retaining walls for the new courtyard.

Within the backfill used to create the courtyard, a 42lbs cannonball was found. Bruce Glendinning of CFA Archaeology advised that it must post-date the early 18th century.

Maxi added that the cannonball is likely to be claimed as treasure and is likely to end up in a local museum.