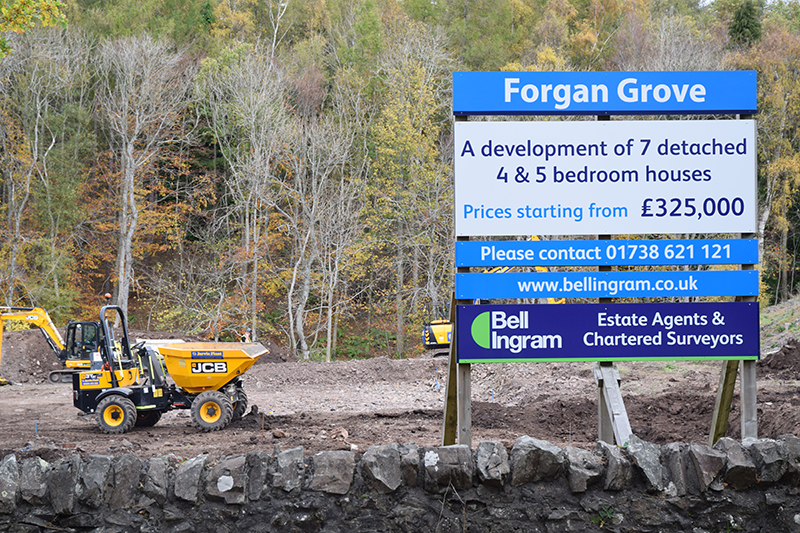 CONSTRUCTION is underway on a new housing development in the Perthshire countryside after original plans for the site were amended following the recession.

The Forgan Grove site was initially planned to feature homes worth over £500,000. However, a new approach has been taken to reflect demand for smaller housing in the area. Seven detached homes – a mix of four and five-bed properties – are on the market with Bell Ingram. Prices range from £325,000 to £395,000.

Carl Warden, senior associate at Bell Ingram said, “This is a really exciting new development to be a part of and it shows the value of paying close attention to the market and going back to planning to provide smaller, more affordable housing. Planning consent was initially granted in 2008 but following the recession and changing market, the decision was taken to build more housing but at more affordable prices.

“It’s well known that there’s a demand for housing across the country, especially in Perth, which is regarded as one of the most desirable locations to live within Scotland. The homes at Forgan Grove have all been designed to the highest of standards and provide a perfect base for families with terrific transport connections to other major cities.”

Set in grounds near woodland at Strathallan School, the houses contain features such as underfloor heating, high spec kitchens, and either attached or detached garages.